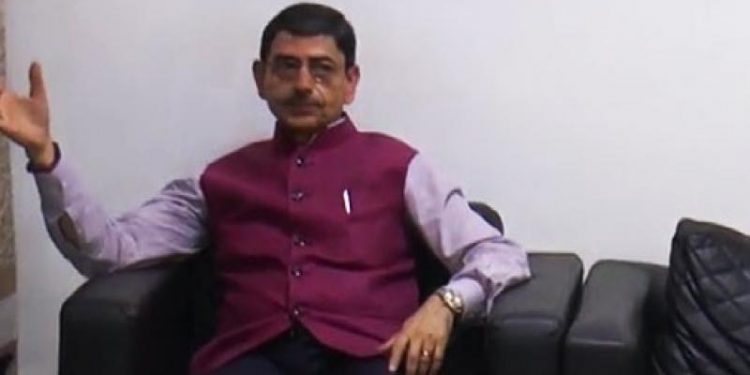 The Nagaland Gaon Bura Federation (NGBF) has strongly opposed the demand for the replacement of governor RN Ravi as peace talk interlocutor between the Centre as NSCN (IM) and other groups.

The NGBF, which is the hereditary custodians of Naga customs and traditions in Nagaland, called the demand for replacement of Ravi is “unjust and untenable”.

“It puts on record the following matters for posterity in the face of alarming and malicious media publications on Indo-Naga political issues,” the NGBF said in a statement.

On the issues being raised against interlocutor Ravi, NGBF observed that the demand for replacement of interlocutor is unjust and untenable due to the fact that he is also the Centre’s interlocutor with other negotiating groups.

“The status paper is with the tribal leaders and organisations. The transparency and practical aspect of the negotiations between GoI and WC, NNPGs, without compromising Naga history, identity and political right in all Naga areas, being communicated to the tribes and public at the grassroots level has found favour with the people,” it said.

NGBF has taken exception to some recent statements made by the NSCN (IM).

“In recent days, NSCN (IM) statements have described 14 tribes, NTC, NGBF, CNTC and other civil societies as planted by R.N. Ravi and tutored by him, which have deeply hurt the sentiment of the Nagas,” the Naga group said.

“R.N. Ravi was first seen by Nagas on TV having a warm handshake with Th. Muivah on August 3, 2015. After 20 of peace talks, the GoI had no option but to invite all other Naga armed groups to the negotiating table,” it said.

“Just like the NSCN (IM), all the groups had different ideologies and policies and owed their origin to the very first undivided NNC. The only role the Naga civil societies, particularly the NTC, NGBF and churches, played was bringing sworn enemies to a common table where they could see eye to eye for the sake of Nagas. It was providence,” the statement added.

The group said the August 3, 2015 Framework Agreement signed between GoI and NSCN (IM) clearly mentioned that the negotiations have concluded, and R.N Ravi and Th. Muivah signed and sealed with a handshake.

“Three years later, GoI realised that it had been misled. There were other stakeholders on the ground. Sensing an exclusive pact was not going to solve the Naga issue, NGBF and all tribal Hohos insisted on an inclusive solution and on November 17, 2017, the agreed position was signed between GoI and WC, NNPGs,” the group said.

“Logic says if R.N. Ravi, as NSCN (IM) alleges, planted or tutored the stakeholders, he would never dare to acknowledge or admit that the Nagas had political and historical right to self-determine their future in consonant with their distinct identity. Not in a signed document.

“This is a great achievement and credit goes to the Naga tribal Hohos, the GBs, churches and prayer warriors. Blaming R.N. Ravi or MHA has no basis,” the Naga group said in a strong endorsement.

“A group negotiating with GoI with R.N Ravi as interlocutor and issuing statements saying ‘… any organisation falling in line with R.N. Ravi is anti-Naga…’ sums up the inconsistencies in the last 23 years of political talks between GoI and NSCN (IM),” NGBF said in a reference to the position taken by NSCN (IM).

Taking a dig at NSCN (IM) the group said, “There is a perpetual tendency within the NSCN (IM) leadership to brand Naga leaders, tribes, organisations, other civil societies as anti Nagas and traitors for not towing their political ideology. This is a mockery of Nagaland for Christ. The statements contradict frequent fasting programmes and prayer requests seeking cooperation from Nagas.”