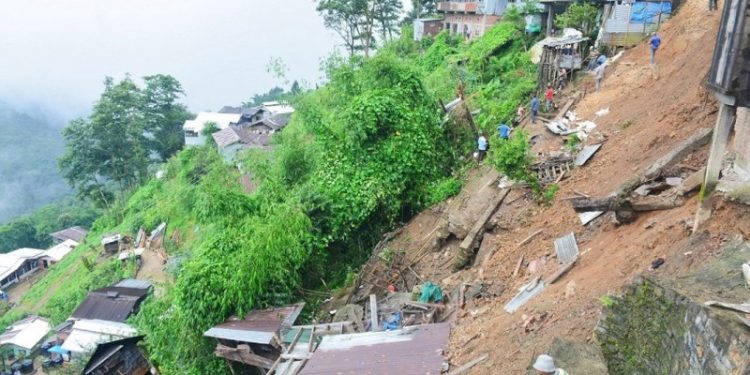 Among the damaged houses was the office of the Home Guards, Zunheboto. No causalities have been reported as the alert residents had evacuated in advance.

According to an official report, there was no proper drainage system in place in the vicinity where the landslide occurred. This had compounded the precarious situation resulting out of heavy rains in Zunheboto over the past couple of weeks.

In another incident, heavy rainfall on August 14 evening in Akuluto town caused multiple landslides. One house was taken down and four more houses were damaged. One person was also injured in the incident.