The Fifteenth Finance Commission assured to provide support to Nagaland while finalising its recommendations within the framework of its constitutional mandate. 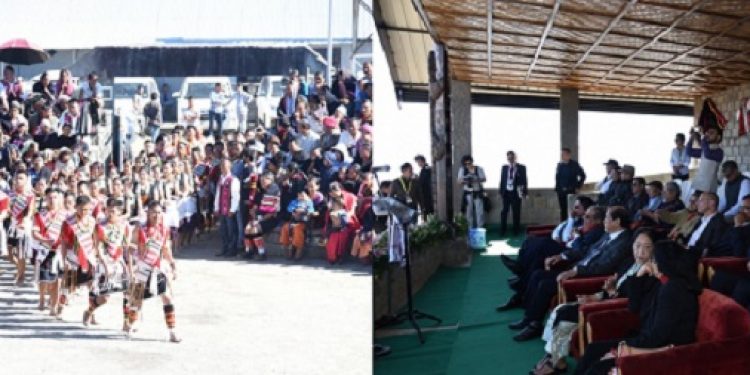 The Fifteenth Finance Commission assured to provide support to Nagaland while finalising its recommendations within the framework of its constitutional mandate. The commission said it sympathised with the challenges and requirements of the state.

“We are exceedingly sympathetic to the needs, requirement and compulsions, the opportunities and challenges of Nagaland,” chairman of the commission N K Singh said.

The 14-member Finance Commission team, led by Singh, wrapped up its three-day visit to the state on Thursday with a series of meetings with various stakeholders at the chief secretary’s conference hall in Kohima on Wednesday evening.

Accompanied by chief minister Neiphiu Rio the commission team on Thursday visited Tuophema village where a public reception was organised for it.

He said the proposals for institutes of management, medical and engineering courses were legitimate to meet the aspirations of the state’s young population and needed to be encouraged.

Noting that Nagaland had shown an improvement in GST realisation, the chairman said improved GST performance and realisation would be greatly advantageous. He also appreciated the overall presentation of the state government.

He stated that Nagaland with a young population and “enormously talented” people the state could make a huge difference not only in its own development but also in the region and the country.

Acknowledging the role played by various tribal institutions on several critical fronts, Singh said Nagaland was significantly above the national average in many human development indices.

He said there is potential for development in areas like horticulture.

Singh found the functions of the village councils and the village development boards unique.

The chairman said the commission was encouraged by the state government’s development initiatives, which deserved fullest support.