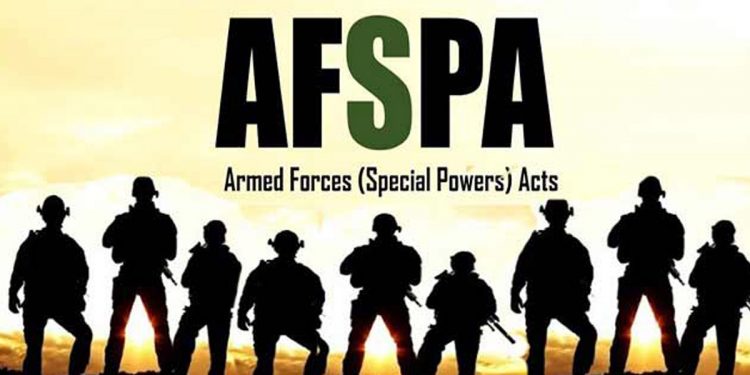 Terming entire Nagaland as “disturbed area”, the Union Home Ministry has extended Armed Forces (Special Powers) Act (AFSPA) in the state for a further period of six months with effect from June 30.

A notification to this effect has been published on the Official Gazette. In the notification, the Home Ministry stated that the area comprising the whole of State of Nagaland is in a disturbed and dangerous condition.

The Ministry believed that the use of armed forces in aid of civil power is necessary.

Apart from Nagaland, Assam, parts of Manipur, parts of Arunachal Pradesh comes under the controversial law.