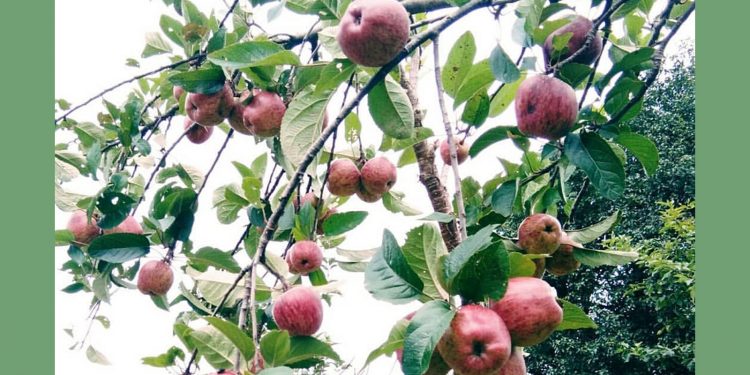 Thanamir village in Nagaland’s Kiphire district near the Indo-Myanmar border gears up for this year’s Apple Festival scheduled to be held on September 13.

In Thanamir village, also known as ‘Apple village’, apples are grown in abundance.

The 8th Thanamir Apple Festival will be organized by the Thanamir Village Council in collaboration with the Horticulture department of Nagaland, say reports.

The event will be attended by the advisor to Horticulture & Border Affairs, government of Nagaland, Mhathung Yanthan as the special guest.

The village is located at the foothills of Saramati Mountain.

The climatic condition of the village is favourable for horticultural farming.

Apart from apple, the other fruits which are also abundantly grown in this village are guava, banana, mango and orange.

Kiphire district, the 9th district of Nagaland, was formed carving out of Tuensang district.

It is at an altitude of 896 m above the sea level.

This is the least populous district of Nagaland after Longleng.

According to reports, the women folks and other farmers, who are engaged in apple farming in the region, get prepared to welcome the festival, which is an annual event.
The festival is organized every year in the month of September.

During the one-day event, the local apple farmers get the opportunity to showcase their products before the visitors, customers and also tourists.