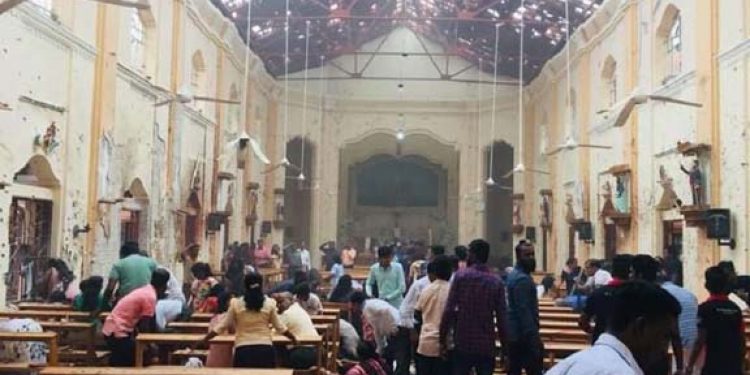 View of a church which was attacked by terrorists. Image credit - Latestly

As preventive measures in the wake of recent bombings in churches in Sri Lanka, the SP of Phek district, Vrinda Shukla has asked all the colony chairmen of Phek to verify antecedents of all non-locals residing in their respective colonies or villages.

In a notification issued on Monday, the superintendent of police (SP) of the Phek district of Nagaland directed the colony or village chairmen to maintain proper record of the non-locals and submit report to his office by May 10.

He said certain security measures need to be taken in order to avoid such incidents occurring in the district.

“Nagaland being a pre-dominantly Christian State may also be targeted by the radical groups,” Shukla said.

According to the latest media reports, the President of Sri Lanka has banned covering of face which “hinders the identification of individuals in a way that threatens national security”.

The decision to ban covering of face came following a series of explosions that took place on Easter Sunday in which around 300 people were killed and at least 500 people were wounded in Sri Lankan churches and hotels.

In Nagaland, the chief secretary also did not rule out any possibility of such attack and recently alerted the director general of police (DGP), home commissioner and other security agencies in this regard. He also sought an immediate discussion on the issue.