Nagaland legislators’ forum to have dialogue with NNPGs

Government of India urged to expedite the  ongoing peace process 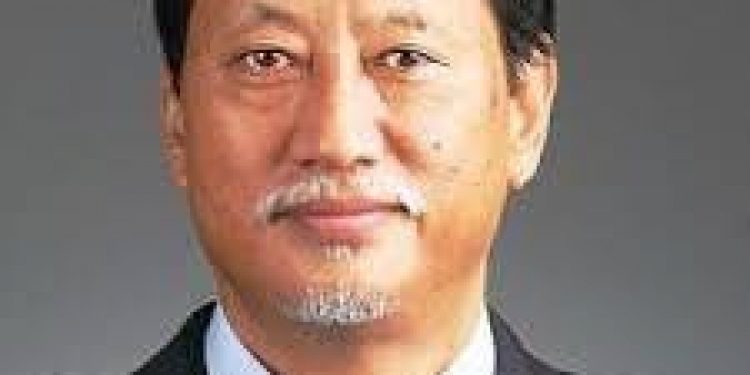 The Joint Legislators’ Forum (JLF) on Naga political issue on Monday resolved to have consultations with all the Naga National Political Groups (NNPGs) involved in the ongoing peace talks with the Centre.

It also reiterated the “democratic desire of the Naga people to live together as members of the same family under one administrative umbrella”.

This was resolved at a meeting of the Forum, held under the chairmanship of JLF-cum-Speaker in-charge Zhaleo Rio, at Assembly secretariat.

The Forum to follow the consultations with the NNPGs by meeting with the central leaders to discuss the Naga political issue.

All the 60 members of House or the parliamentary working committee members of the Forum or the leader of the House, Deputy Chief Minister and the Leader of Opposition, along with the representatives of all the political parties and MPs, will meet the central leaders.

Adopting a five-point resolution, the meeting upheld the resolutions adopted by the Parliamentary Working Committee of the JLF in its meeting held on November 19 last year.

It appealed to the negotiating parties of the Indo-Naga political dialogue, especially the government of India, to expedite the ongoing peace talks so that a negotiated political settlement which is honourable and acceptable to the people is arrived at the earliest.

The Forum appreciated the Centre for its commitment to the ongoing negotiations and for its accommodative and inclusive approach and widespread consultations with all sections. It also appreciated and welcomed the participation of different NNPGs in negotiations with the Centre with sincere efforts to resolve the Indo-Naga political conflict.

It appealed to all NNPGs to come forward and join the negotiations so that the final solution is all inclusive. It also acknowledged the contributions and sacrifices of all sections, particularly the national workers and their families who have stood for the rights of the Naga people.

“The role of civil societies, tribal organisations, the Church, NGOs and all other sections in positively contributing towards the Naga issue being brought thus far is appreciated and acknowledged,” the joint statement said.

The meeting further appealed to all sections of Naga society, especially the civil societies and tribal organisations, to strive towards unity of the Naga family in order to collectively work towards oneness and not towards further fragmentation of the Naga family.