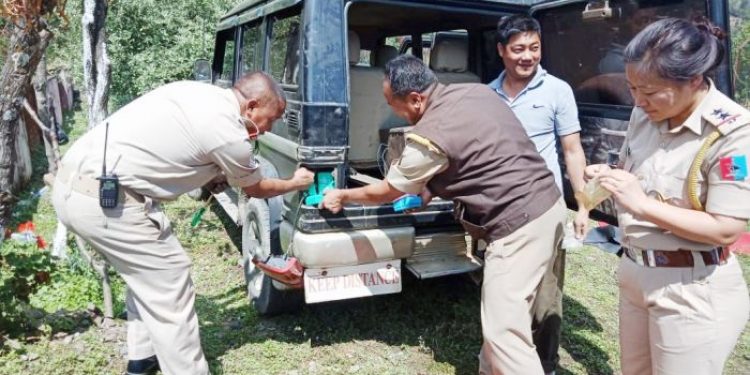 Kohima police on Thursday intercepted a vehicle and seized around 60 packets of suspected brown sugar packed inside soap cases.

While the police seized the contraband substances also took into their custody two persons travelling in the vehicle.

This was informed by the PRO, DEF, Kohima, in a press statement issued later in the day.

Meanwhile, A case has been registered under Khuzama Police Station for further investigation against the two persons identified as one Aharavi, aged around 21 years and the other one P Zaisho, aged around 27 yewars, both hailing from Leyai village at Tadubi in Senapati district of Manipur.