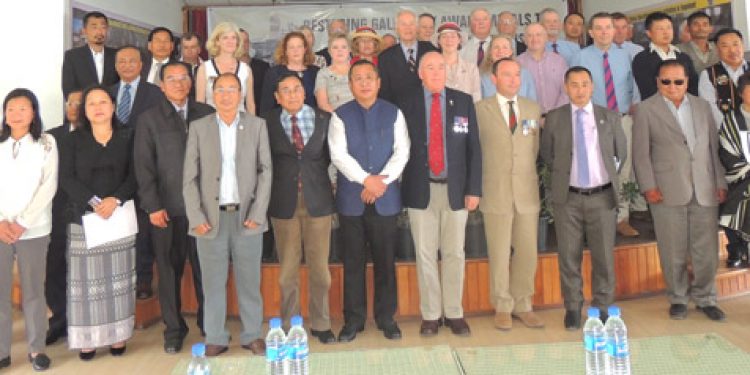 As part of the year-long celebration to commemorate 75th anniversary of the battle of Kohima, gallantry award were restored to descendants of Naga veterans at an event held at a Kohima hotel on Thursday.

According to reports, speaking on the occasion as a guest of honour, chief secretary Temjen Toy remarked that the battle that was fought in ‘our land’ had changed the history of the Nagas as well as the world forever.

He said the State government had decided to observe the 75th anniversary of the battle by organizing various activities throughout the year to remember those who took part and lost lives.

KES chairman Dr Phyobemo Ngully, who chaired the programme, remarked that while the British veterans remember their Naga counterparts with gratitude and honouring them with whatever way they could, ‘we have failed to remember and recognize them’.

The programme was attended by 20 descendants of British and Naga veterans, besides well-wishers and others.