Naga struggle since 1947 gets space in American varsity website 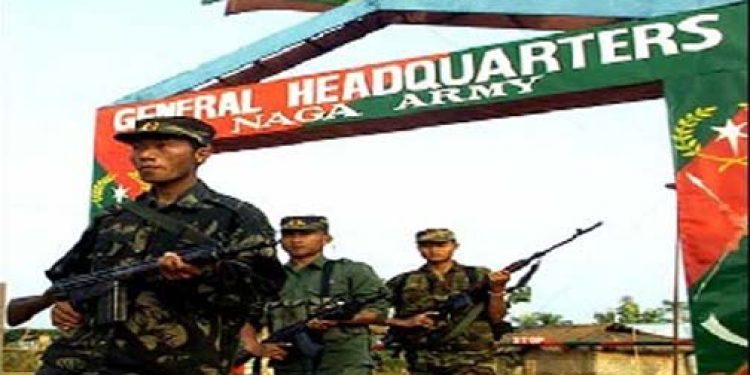 The Naga political issue, which is yet to resolved, has found space in the website of the Political Department of an American university.

An article on the Naga political issue since 1947 to the present period has been uploaded on the official website of the Political Department of University of Central Arkansas.

The article has been prepared from various sources and record books, mainly news reports.

The article has covered most of the developments on the issue up to 2013.

In the first part of the article it has been stated: “The Naga National Council (NNC), which was established by Naga nationalists in the state of Assam in northeastern India in 1946, declared Nagaland’s independence from India on August 14, 1947. Angami Zapu Phizo was elected president of the NNC on December 28, 1950.”

It also stated “Indian Prime Minister Nehru and Imkongliba Ao, head of the Naga People’s Convention (NPC), agreed to the establishment of a Naga state within the Indian Union on July 30, 1960.”

In the third part of the article which has covered the post-conflict period from September 6, 1964 to August 31, 1972, it mentions that the Government and Naga representatives held peace negotiations in Chedema and Khensa between September 23, 1964 and April 1965.

“On April 16, 1965, India accused Pakistan of providing military assistance to Naga militants, but Pakistan denied the accusation on April 17, 1965. Government troops and Naga militants clashed between December 28, 1965 and February 19, 1966, resulting in the deaths of four government soldiers,” the article mentions.

Then Indian Prime Minister Indira Gandhi and Naga representatives held six rounds of peace negotiations in New Delhi between January 17, 1966 and October 6, 1967. “Naga militants bombed a train between Furkating and Kamarband in Sibsagar District on February 16, 1966, resulting in the deaths of 43 individuals,” the article says.

According to the article, some 4,000 people were killed in political violence that occurred in between September 1964 and August 1972.

In the fourth part of the article covering the developments from September 1, 1972 to April 28, 2001, it has been mentioned that about the ceasefire unilaterally announced by the government on September 1, 1972.

There is mention of various incidents that took place from time to time and the elections held in the state of Nagaland on February 12-16, 1974.

The Indian government imposed presidential rule in Nagaland on March 22, 1975, and the Nagaland Legislative Assembly was dissolved on May 20, 1975.

The Indian government and a Naga National Council (NNC) faction Kevi Yalay Phizo signed the Shillong Accord on November 11, 1975, which provided for limited autonomy for the Naga region within India.

There is also mention of the agreement between Indian government and the NSCN-Khaplang (NSCN-K) faction to a one-year ceasefire on April 28, 2001 (the ceasefire has been extended annually since that date).

“Some 720 individuals, including 494 Naga militants, 60 government security personnel, and 166 civilians, were killed in violent incidents in the state of Nagaland between January 1997 and April 2001. Some 17,000 individuals were killed during the conflict.”

The last part of the article, where developments regarding the issue from April 29, 2001 to 2012 have been covered, includes negotiation between representatives of the Indian government and the NSCN-Khaplang (NSCN-K) faction in Kohima, Nagaland on September 3, 2001.

It mentioned about the Indian government holding talks with NSCN-IM leaders Thuingaleng Muivah and Isak Chisi Swu in New Delhi on January 9-10, 2003.

It also mentions that rlections were held in the state of Nagaland on February 26, 2003, and the Indian National Congress (INC) won 21 out of 60 seats in the Legislative Assembly.

Neiphiu Rio of the Nagaland People’s Front (NPF) formed a government as chief minister of Nagaland on March 6, 2003.

The Indian government and the NSCN-Khole-Kitovi (NSCN-KK) faction signed a ceasefire agreement on April 28, 2012.

Polls were held in Nagaland on February 23, 2013 and the Nagaland People’s Front (NPF) won 38 out of 60 Assembly seats. “Some 814 individuals, including 182 civilians, 15 government security personnel, and 617 Naga militants have been killed in political violence in the state of Nagaland since April 2000,” the article says.