Nagaland government did not raise any objection when the controversial Bill was passed in the Lok Sabha: Naga Mothers’ Association 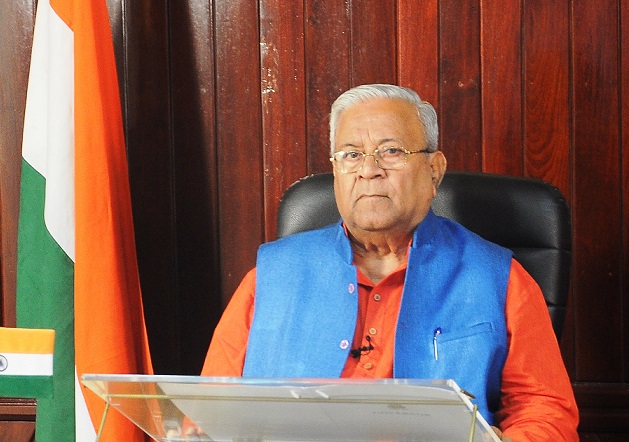 The association said it sought the Governor’s intervention in continuation with its discussion on these issues with him in his office at Kohima on January 24.

In a memorandum to the Governor, the NMA expressed deep concern that the Bill will open floodgates for more illegal immigrants into the State “under the guise of religion”.

It said the Nagaland government did not raise any objection when the controversial Citizenship (Amendment) Bill, 2016 was passed in the Lok Sabha, putting the future of “our children” at stake.

The NMA said the earlier stand of the State government on the Bill brought much disappointment and alleged that it was not ready to protect the identity and rights of the indigenous people of the State.

However, the NMA said it was relieved that the State government decided to oppose the Bill in its Cabinet meeting on January 28.

Stating that the Inner Line Permit (ILP) is not being effectively checked by at the main gateway of Nagaland in Dimapur, the association said citing protection of Article 371 (A) as a recourse for every issue is unfortunate.

It said the Nagas are well aware of the weight of the Indian Constitution over such special provisions.

The NMA objected and questioned Nagaland Chief Minister Neiphiu Rio’s statement in Tuensang on January 13 in trying to divert the seriousness of the Citizenship Bill by proposing to create a debatable issue on the identity of Naga women.

“In a democratic society, any proposed law which affects the life and welfare of Naga women must also take into account the voices of women themselves, who are almost half of the State’s population,” it said.

The NMA hoped that the State government will reconsider its stance and ensure that the rights and identity of the Nagas and their children are duly protected from such laws which will negate the very existence Nagas in future.

On the Nagaland State Women Commission, the NMA brought to the notice of the Governor that the tenure of the commission is over. It reiterated the need for expansion of the commission with inclusion of more members from various backgrounds who are sensitive to women’s rights and issues.

The NMA hoped that the next women commission will consist of committed women activists who will work for the protection and promotion of women’s rights.