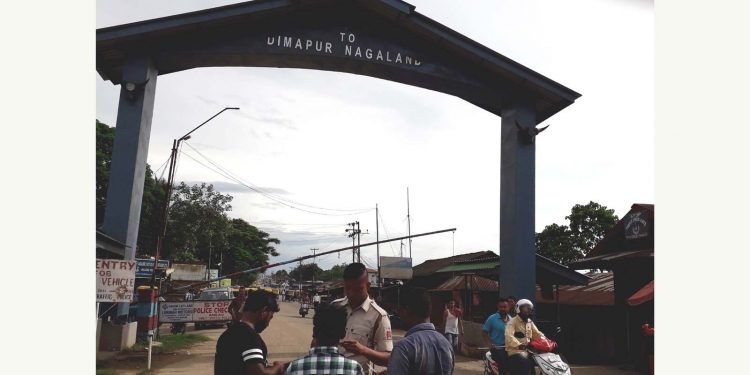 The Public Action Committee (PAC) of Naga Council Dimapur on Saturday said it will deploy its volunteers in three check gates at Dimapur bordering Assam’s Karbi Anglong district to check extortion from trucks.

The committee has also written to Dimapur police with a request to deploy police force and provide police escort for safe passage of trucks in the three check gates.

In a letter to the Dimapur commissioner of police on Saturday, committee convenor Vekhosayi Nyekha and co-convenor Gokheto K. Chophy urged the police to strictly implement entry time of trucks to Dimapur from 5am to 7am and 7pm to 10pm.

In its representation to the Governor on September 9, it highlighted the complexity and delicate nature in dealing with the extortion issue in Dimapur.

The representation also brought to light the ceasefire between the government of India and the Naga political groups (NPGs) and said the ceasefire has become a license for illegal collection of money, especially in Dimapur.

It also said the illegal collection of money by vested interests in the state government machinery (s) and the NPGs have increased manifold during the ceasefire period.

On September 12, the committee through a representation urged Chief Minister Neiphiu Rio to enact “stringent criminal law” in the State to address the issue of extortion.

It stressed the need to enact similar laws such as Maharashtra Control of Organized Crime Act, 1999 and the Bihar Control of Crime Act, 1981, by the Nagaland Legislature which would deter criminals to commit crimes and encourage police personnel to execute their duties.

Police nabbed a group of three individuals while extorting money from sand-laden vehicles in New Field check gate area at Dimapur on Saturday.

Cash amount of Rs 14,630 was seized from their possession.

A case has been registered at West Police Station, Dimapur.