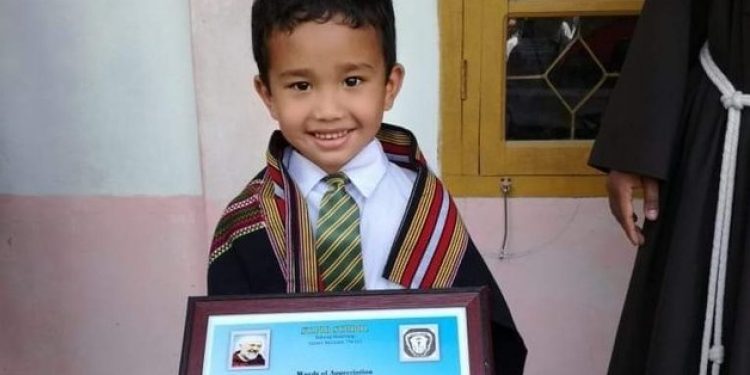 It was moment of glory on Thursday for six-year-old Derek C Lachhanhima of Mizoram when his school felicitated him for his spontaneous humanitarian touch.

A day after his innocent act of taking a hurt chick to hospital in Mizoram went viral, his school, St Pio, in Sairang in Aizawl district, awarded him a certificate of appreciation on Thursday.

Notably, on Wednesday, young Derek accidentally ran over his neighbour’s chick with his cycle at Sairang.

Seeing the chick in pain, Derek wasted no to collect whatever little pocket money he had and rushed the nearest hospital with the injured chick.

The story, posted on Facebook, has gone viral and has been shared over 87,000 times and is still counting.

Coming to know about his deed, Derek’s school feted him on Thursday for his kind act which at many times we adults miss out.