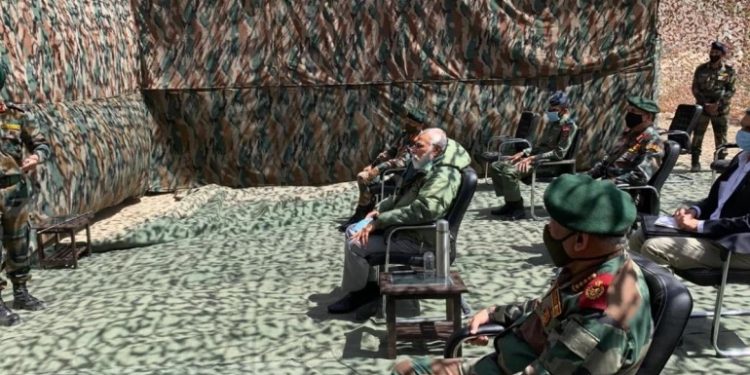 Prime Minister Narendra Modi on Friday morning reached one of the forward locations of Nimu in Ladakh.

He interacted with personnel of the Indian Army, Air Force and ITBP at the forward post situated a height of 11,000 feet above sea level.

This is among the toughest of terrains, surrounded by the Zanskar range and on the banks of the Indus.

Modi is expected to address the 14 Corps officials and meet soldiers who were injured in the Galwan Valley clash.

He reached there early on Friday morning.