Over 600 firearms seized in Mizoram 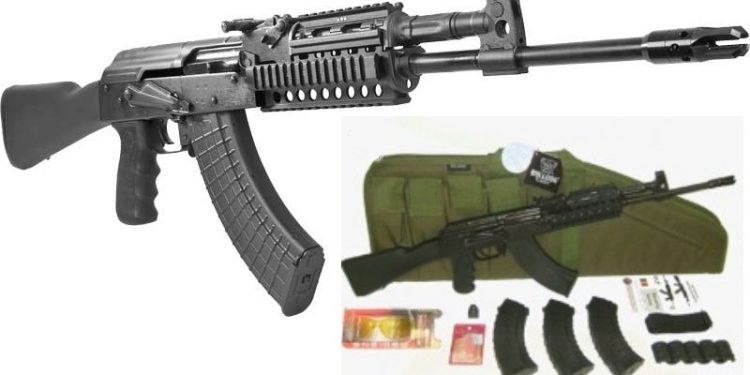 Mizoram home minister Lalchamliana on Tuesday said more than 600 firearms have been seized in Mizoram between 2004 and 2020.

In reply to a written question from Lalrindika Ralte of Congress in the State Assembly, Lalchamliana said that the firearms were smuggled into the state mostly from neighbouring Myanmar.

Moreover, 32 persons have also been arrested for possessing illegal firms during the period from 2004 to 2020.

Among the 32 persons, 12 are from Myanmar, Lalchamliana added.

He also said that eight persons have been convicted and the remaining twenty four persons are under trial.

A total of 47,510 live rounds and 314 magazines were also seized during the period, Lalchamliana said.

It may be mentioned that in May 2018, the DRI, in a joint operation with Assam Rifles, had unearthed a major racket involving smuggling of firearms in Mizoram.

They supply arms to different insurgent outfits in northeast India and even Bangladesh. The network is closely linked with the gun runners of the United Wa State Army (UWSA) in Myanmar.

While drugs, gold, betel nuts and guns are smuggled in through Mizoram, the peaceful state of northeast is also used as a corridor to smuggle huge consignments of fertilizers to Myanmar.

Smugglers are operating in Assam and Mizoram tranship huge consignments of subsidised fertilisers (meant for poor farmers) for production of ecstasy drugs in Myanmar.