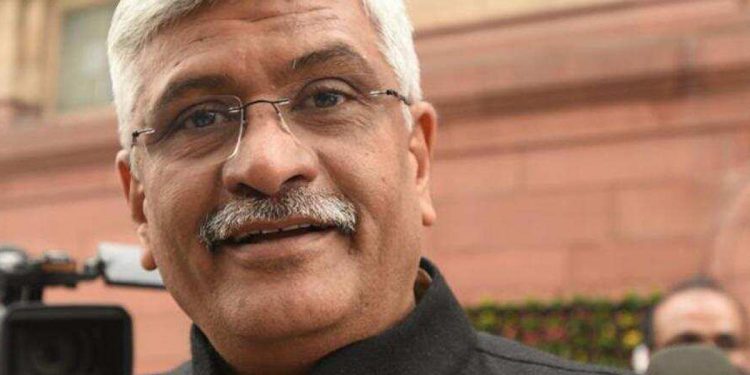 Over 18,000 households in Mizoram have been provided with potable drinking water through Functional Household Tap Connections (FHTC) under the Jal Jeevan Mission (JJM).

The announcement follows the recent letter to chief minister Zoramthanga by Union Minister of Jal Shakti, Gajendra Singh Shekhawat urging the state to expedite the implementation of the scheme within a time frame.

An official statement issued by state Public Health Engineering (PHE) department said that the JJM, which aims at providing potable drinking water to every rural household through Functional Household Tap Connections by 2024, was announced by Prime Minister Narendra Modi on August 15, 2019.

The Central scheme could not be implemented immediately in the state due to the absence of guidelines, the statement said.

According to the guidelines issued on December 25 last year, a total target of 23,525 tap connections was set for Mizoram for the fiscal 2019-20 and the Centre allocated Rs. 39.86 crore against the total requirement of Rs 88 crore to implement the scheme, it said.

The guidelines also stated that at least 30 per cent of the total target should be achieved within the time frame.

“Of the 23,525 total targets, as many as 15,878 households in rural villages were provided with tap connections between January and March this year, which was more than 60 per cent of the total target,” the statement said.

The statement said that the state government was given an incentive of Rs 28.18 crore for augmenting the implementation of the scheme.

Of the 31,963 total targets, 2,129 tap connections were provided to rural villages during April to May despite the coronavirus induced lockdown, it said.

The department said that the implementation of the scheme could not be expedited due to lockdown.

It added that implementation of Jal Jeevan Mission is scheduled to be fully completed by 2023 one year ahead of the schedule.

Earlier, the Centre expressed concern over the slow progress of Jal Jeevan Mission (JJM) in Mizoram urging the state to plan properly to achieve the goals under the mission within a specific timeframe.

Union Minister of Jal Shakti, Gajendra Singh Shekhawat, in a letter to Zoramthanga, stressed on proper planning with a focus on retrofitting/ augmentation of existing water supply systems to provide tap connections to the remaining households.