MPP joins ZPM alliance ahead of Assembly polls in Mizoram 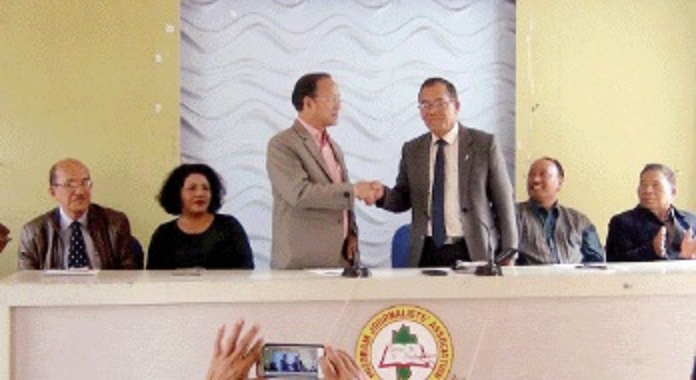 The Mizoram People’s Party (MPP) on Thursday entered into an alliance with Zoram People’s Movement (ZPM) ahead of upcoming Assembly elections to be held later this year.

This was announced by ZPM chairman Lalliansawta in Aizawl on Thursday.

With the MPP joining the alliance, it now has six political parties under its banner.

Interacting with media, Lalliansawta said the MPP has joined the ZPM to strengthen the alliance and to give the State an alternative government in the ensuing Assembly elections.

He said the alliance will strive to give a stable government in the State.

MPP president Laltanpuia, who was also present at the media interaction, said the party, which was formed on September 27 last year, has decided to join the alliance as it is a ‘divine call’ to transform Mizoram by ‘bringing good governance’.