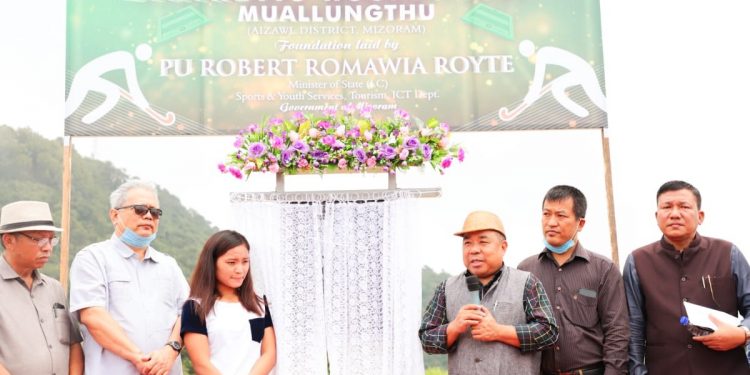 Speaking on the occasion, Royte said, “According to new national education policy, sports and physical exercise will now be a curriculum and will be studied as a subject in the school syllabus.”

He said the State Government has to step up its sports infrastructure in view of the new education policy.

Royte said that hockey has been one of the favourite sports of the Mizos, which they came familiar with since many years ago.

Many hockey players from Mizoram, including Indian striker Lalremsiam have brought the state to national limelight, he said.

According to the minister, the Centre has sanctioned Rs 16751.70 lakh for setting up of five residential sports schools in the State and 50 per cent of the fund has been already allocated to the state Sports department.