Mizoram: One held with drugs worth over Rs 97 core 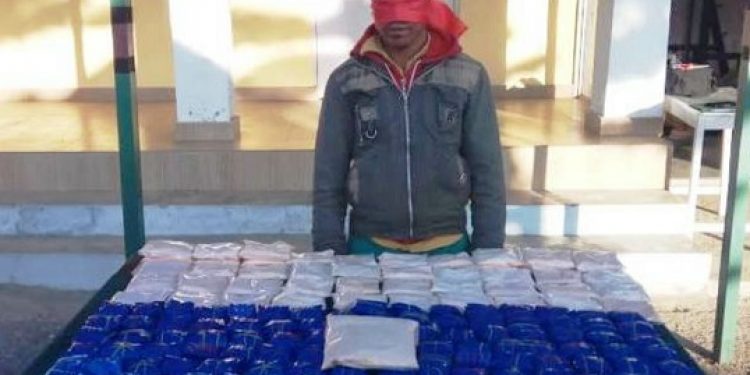 Mizoram police on Saturday seized 39 lakhs tablets of methamphetamine from a Silchar bound truck and arrested one person at Vairengte near Assam border.

The accused has been identified as Ramnunmawia, 30, a resident of Zokhawthar in Champhai district on the Mizoram-Myanmar border.

Police said that the contraband worth Rs 97.50 crore in the international market were packed in 390 polythene packets and were hidden inside a compartment on the body floor of the vehicle.

On preliminary investigation, Ramnunmawia, who was the driver of the truck, told police that the drugs belonged to Lalsiammawia of Champhai, who offered him Rs 5,000 to hand over the contraband to a certain person in in Silchar .

He, however, did not disclose the identity of the person whom he should hand over the drugs in Silchar, the police said.