Mizoram to host first ever professional boxing event on March 6 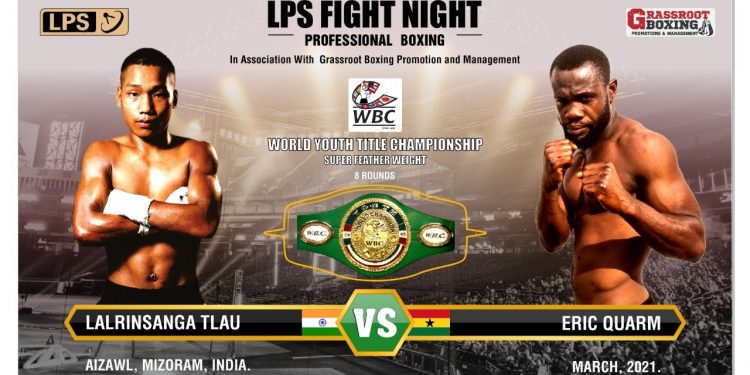 Royte said that the event will be organised at R. Dengthuama indoor stadium in Aizawl.

The event will be jointly organised by local cable TV LPS vision and a Kolkata based grassroots boxing promotion and management, he said.

He said that Mizoram is the first state in the country to grant industry status to sports and the government will continue its efforts to promote promising and talented sportspersons in all disciplines.

“Since the promotion of Mizo boxers is a priority, the boxing event to be titled ‘LPS Fight Night’ will showcase promising Mizo boxers, who are ready to step into the professional ring,” he added.

The sports minister also said that it is their dream to make Mizoram the ‘boxing hub’ of the country and that from now on, the World Youth Title event will most probably be held yearly, inviting professional boxers from India and abroad.

LPS Vision Director Lalswmliana Pachuau said that all the boxing matches will be telecast through a new pay-per-view channel on LPS Cable TV and tickets will be sold for those who attend the event at the venue itself.

Grassroots Boxing Promotion and Management founder president Mujtaba Kamal said the upcoming event is an effort to promote professional boxing not only in Mizoram but in the entire Northeast.

He said that Mizoram has a lot of potential boxers.

“We will create history. We will organise more professional boxing events in the Northeast,” he said.

He said Mizoram boxer Lalrinsanga Tlau will take on Ghana boxer Eric Quarm in the title fight, which will be eight rounds.