Mizoram early trends: Congress leading in two seats; MNF in seven while BJP in one 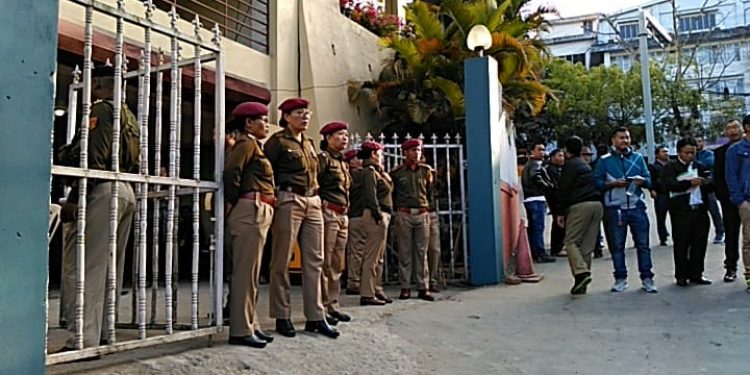 AIZAWL: After one hour of counting of votes in Mizoram, the early trends have started to come in.

As per the trend available with Northeast Now at 9 am, among 11 seats of the total of 40 Assembly Constituencies in the State, the ruling Indian National Congress is leading in two seats, while the main opposition Mizo National Front (MNF) is leading in seven constituencies.

The Bharatiya Janata Party (BJP) and others are leading in one seat each.

Counting of postal ballots began initially at 8.00 am. The process to count votes from the Electronic Voting Machines (EVMs) started within half-an-hour after the postal ballots were counted.

Notably, the Indian National Congress (INC) has been in power in the State since 2008.

Chief Minister Lal Thanhawla is hoping to win it for the third consecutive term.

But it remains to be seen if the ruling Congress manages to hold on to the reins of power or it goes topsy turby for the grand old party which is holding on to the last bastion in the north-eastern region.

This time around, the Congress is having a tough challenge against the main opposition party Mizo National Front (MNF).

MNF’s charge is being led by former Chief Minister Zoramthanga.

The Bharatiya Janata Party (BJP) which has made inroads into the Northeast during the Assembly elections held over the last couple of years in the region is hoping to open its account in Mizoram too.

Mizoram People’s Conference (MPC) and Zoram Peoples’ Movement (ZPM) are two of the other key parties challenging the Congress. Mizoram is the last state in the region to be ruled by a Congress government.

During the last Assembly elections in 2013, the Congress had managed to win 34 out of the 40 seats. The MNF came a distant second with five seats. MPC had won one seat.