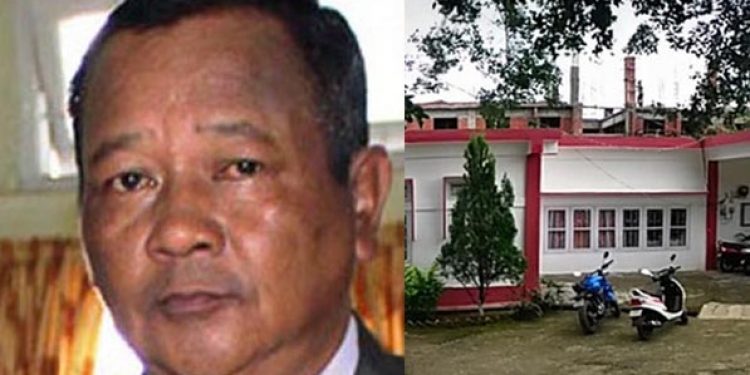 Mizoram’s apex students’ body, Mizo Zirlai Pawl (MZP) has filed an FIR against DIET (District Institute for Education and Training), Kolasib seeking investigation into allegations of corruption in the institute.

The FIR, which was filed with the Anti-Corruption Bureau on February 28, 2019, came as a result of a letter of complaint received by the MZP Headquarters in Kolasib from a DIET trainee regarding certain malpractices going on in the institute.

As a follow-up of the complaint, the MZP through RTIs came to know that there was indeed misappropriation of funds in DIET, Kolasib involving lakhs of rupees thereby leading them to file an FIR before the Anti Corruption Bureau.

Apart from interviewing various trainees, staff members and former staff members, the MZP also followed up a statement made by C Vanlalmawia, pPrincipal at the DIET Pre Service Trainee’s 1st bBatch farewell programme on May 24, 2018.

The principal had said there were no funds for student trainees.

“There are no funds for pre-service trainees except for teachers who are undergoing training,” he had said.

However, there was no proof of any funds being utilised for in-service training.

A request was made for information on the number of in-service training organised, which schools have been trained, the attendance sheet and how much funds were sanctioned for the same between 2013-2018 on October 29, 2018 using RTI.

The query could not be responded to within 30 days saying, “We cannot give information as we have not received the director’s instruction.” After initiatives taken by the MZP headquarters leaders, the response to the RTI was received on December 12, 2018.

After a close study of the reports, it was found that the attendance sheet was signed by a single person for all attendees.

While various names of DIET, Kolasib teachers were listed, upon further enquiry it was found that these teachers had never been a part of such training and did not sign any sheet.

The attendance sheet included the names of teachers who are deceased and also retired.

The owners of the halls where training was reportedly held also responded saying no such programme was organised in the hall.

Also, SCERT had allotted fund of Rs. 164.05 lakh to DIET, Kolasib. However, the institute is unable to state their expenditure, according to the MZP’s findings.

Apart from the corruption allegations. the DIET, Kolasib principal C Vanlalmawia has also been accused of sexual harassment which was revealed during interactions with trainees, staff and ex-staff of the institute.

After filing an FIR before the ACB, the MZP approached Mizoram School Education Minister Lalchhandama Ralte and Kolasib MLA K Lalrinliana, who have given their support to the students’ body and said they will cooperate in further investigations.

DIET educational institutions which are an undertaking of the Indian government have been set up in various districts in India including Mizoram to train primary and elementary teachers in new innovations in teaching methods.