The imposing shadow of Young Mizo Association on Mizoram elections

Though the NGO claims to be ‘apolitical’, it casts an imposing shadow on entire election process and undoubtedly there is a mute consensus that a party can come to power in Mizoram only with ‘blessings’ of YMA 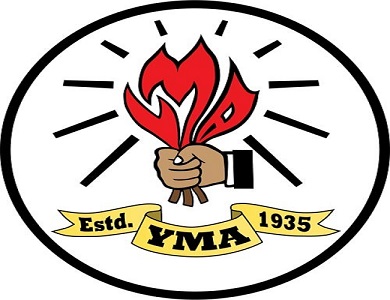 Election is just round the corner in Mizoram. It is just a matter of time when the Mizo voters will decide whether the grand old party, the Indian National Congress (INC) can retain power or some kind of a new alliance gets hold of the reins of power in this north-eastern state.

Apart from hectic politicking by various political parties, both national and regional, Mizoram elections have also a third facade to them.

Like previous occasions, the role of the Young Mizo Association gained much prominence at various levels and on many occasions during the run-up to the ensuing polls.

Though the NGO, Young Mizo Association (YMA) claims to be ‘apolitical’, it casts an imposing shadow on the entire election process and undoubtedly there is a mute consensus that a party can come to power in Mizoram only with the ‘blessings’ of the YMA.

Its influence on the common Mizos is so much so that all political parties, even the bigger national parties fear to tread against the tide of the YMA, lest it will have negative impact at the hustings.

This time around, even the Election Commission of India (ECI) felt the heat of the YMA, the Mizo outfit that claims to be just another one of the many pressure groups that thrive in the Northeast.

The YMA’s unparalleled and overwhelming influence in the State of Mizoram was glaringly visible on November 6 last, when in a spontaneous movement, more than 50,000 people took to the streets of Aizawl, forcing the ECI to summon the Chief Electoral Officer of Mizoram Shashank back to the national capital and replacing him in just two days.

Though apparently the demonstration was led by a conglomerate of civil society groups, but the potent force behind it, in no uncertain terms, was the YMA.

The primary strength of YMA comes not from any strong leadership, but from its 4,27,323 strong members, who are ordinary locals. They mostly remain invisible but invariably come to the fore when the occasion demands.

Despite their tall claims not to interfere in the electoral process, every time they bring out some issues pertaining to the state of Mizoram during the season of elections.

This time, the YMA were quite vocal with the Chakma issue and the right of franchise for the displaced Bru voters.

Even the dispute revolving around the removal of the CEO was the question of voting rights to several thousand Bru refugees who fled in the aftermath of ethnic violence in Mizoram and settled in relief camps in neighbouring Tripura for more than two decades.

Earlier, the reluctance exhibited by all the political parties in fielding Chakma candidates in the upcoming elections was because of a diktat issued by the YMA. It was only after the Bharatiya Janata Party (BJP) nominated a former Congress minister, who happens to be a Chakma, as one of its candidates that the ruling Congress and the Mizo National Front (MNF) also named Chakma candidates for the ensuing November 28 elections.

Now it remains who will have the last laugh with every party trying not to hurt the sentiments of the YMA for Mizo people and Mizoram.