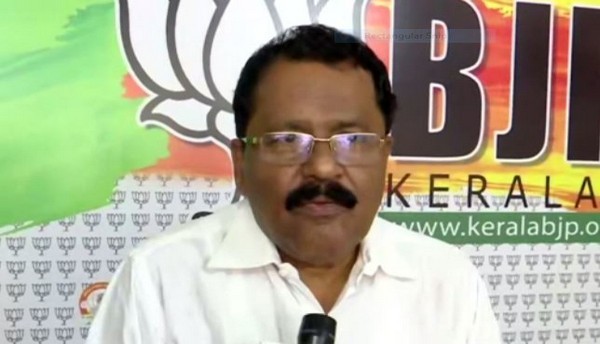 The Congress and Mizoram’s apex student body Mizo Zirlai Pawl (MZP) have alleged that the Centre has made the state a “dumping ground of Kerala BJP leaders”.

Their statements come after Kerala BJP president PS Sreedharan Pillai was appointed as the 15th governor of Mizoram.

Pillai is the second Kerala BJP state president to be appointed as Mizoram governor after his predecessor Kummanam Rajasekharan.

Rajasekharan had resigned from his post on March 8 to contest the Lok Sabha polls as a candidate of the saffron party after serving in Mizoram for just 10 months.

MPCC spokesperson Lallianchhunga said as the BJP is failing to influence the people of Mizoram, it is trying to enter the state through back door by using the governors.

MZP president L Ramdinliana Renthlei said Mizoram does not want the state to be used as a “dumping ground of governors”.

“We do not want the Raj Bhavan at Aizawl to be a musical chair of the politicians,” he said.

Over the past five years Mizoram has had eight governors – including three who had taken additional charge.

None of them completed their terms. Prior to the appointment of Pillai, Assam Governor Jagdish Mukhi was holding additional charge of Mizoram since March.