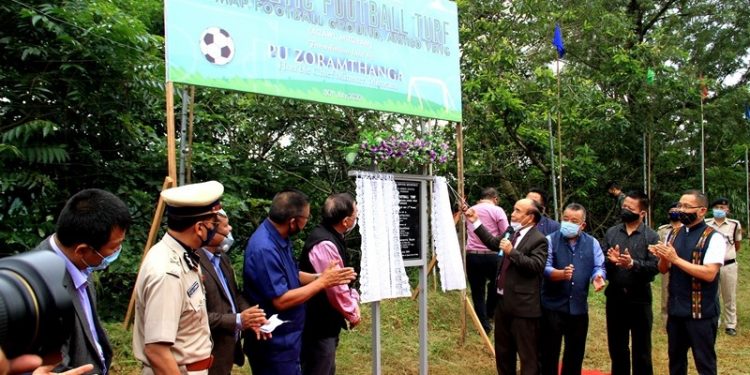 Mizoram chief minister Zoramthanga on Thursday said the State like rest of the world has been greatly affected by the outbreak of COVID-19.

He said the State’s budget has been used only on unavoidable circumstances to tackle COVID-19 spread.

He said those fund sanctioned by the Centre for certain development works could not be diverted.

“As the State Government is expected to use central fund for the purpose which is earmarked for, no fund from the Centre can be used for a purpose other than earmarked it for,” he said.

He said his government is making massive efforts to make Mizoram a role model for others in the developmen of sports infrastructures and other sectors.

He expressed hope that the new synthetic football turf will be an important step towards achieving development in the field of sports.

Zoramthanga also expressed happiness for the State being able to produce more sportspersons in the international limelight.

The government is making effort to upgrage 1st MAP football ground into a full fledged stadium.

RS 43.35 crore has been estimated for the project.

In November, 2019,  Ministry of Youth Affairs and Sports has sactioned Rs 500 lakh under Khelo India scheme for laying synthetic turf (1st phase) on the ground.