Mizoram’s COVID-19 count reached to 2,607 on Wednesday as 80 new cases were detected in the last 24 hours, a health department official said.

The new cases included 27 school students (the majority of whom are boarders), 11 Indian Army personnel and one personnel of Mizoram Armed Police (MAP).

“The 11 Indian Army personnel were state residents, who returned on vacation from Delhi, Maharashtra and Jammu and Kashmir while the MAP personnel had returned from Assam,” the official added.

Of the 80 fresh cases,  76 cases were reported from Aizawl district, 2 from Lawngtlai district and 1 case each was reported from Khawzawl and Saitual districts, he said.

Out of 27 students, 18 belonged to a private school in Aizawl.

63 of the 80 fresh cases were locally transmitted cases and 14 of them were untraceable how they contracted the virus while the rest 17 patients have returned from other states,  he said.

The official said that a female patient from Aizawl was recently discharged from a Covid-19 Care Centre after being declared cure but she tested positive for Covid-19 again.

18 patients have developed symptoms of Covid-19 while the rest 62 were asymptomatic.

According to him, there are 374 active patients in the state while 2,233 people have already recovered from the virus. 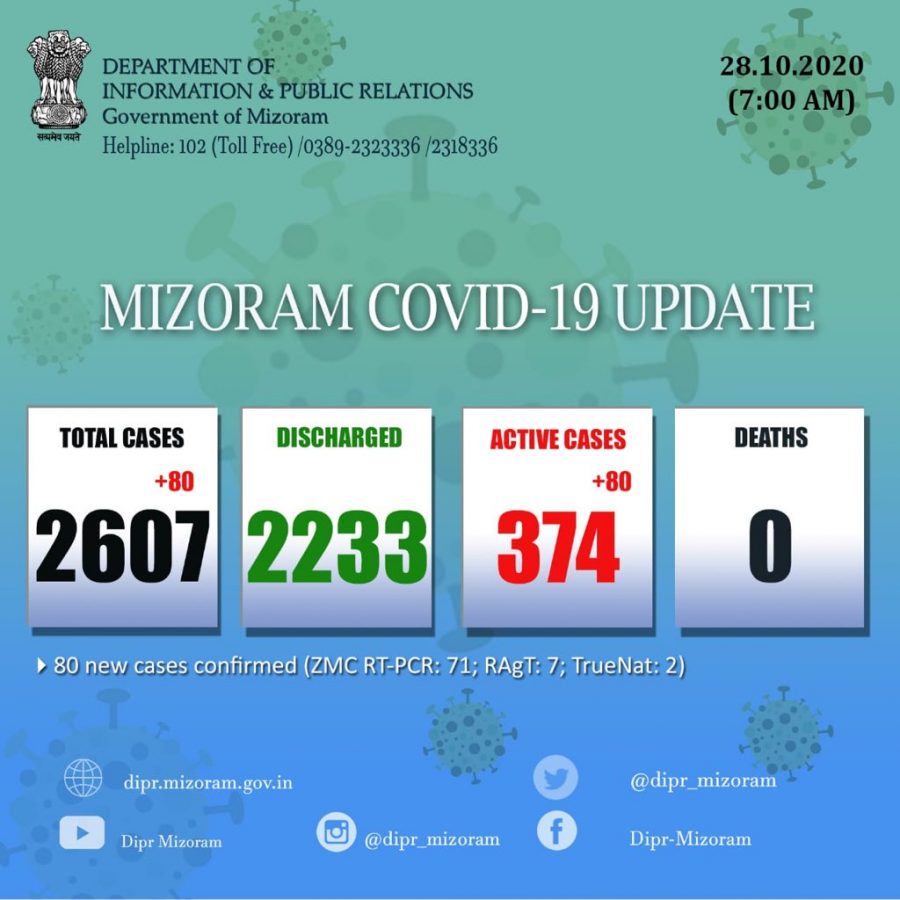