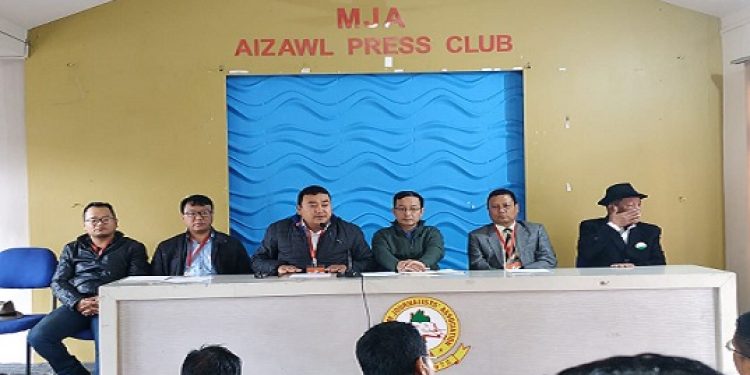 Opposition Congress on Friday blamed the Mizoram government for its move to defer payment of part of the gross salaries of government employees.

Speaking to reporters at a press conference in Aizawl, Congress spokesperson Dr. Lallianchhunga said the state government has enough money to fight the Covid-19 spread.

He said that the government received financial assistance amounting to Rs 34 crore from the Centre, over Rs 7 crore from public donation (CMRF) and was yet to receive 17.5 crore from 35 legislators, who agreed to donate Rs 50 lakh each of MLA fund, to fight Covid-19.

Citing that deferment of salary is something that is “unacceptable,” the Congress leader said the government should divert part of the money allocated for implementation of state’s flagship programme- Socio-Economic Development Policy (SEDP), Centrally Sponsored Schemes (CSS) and  Parking House Support Scheme (PAHOSS), to fight Covid-19 pandemic.

He accused the state government of failing in financial management which resulted in a financial crisis.

“The government should not make Covid-19 outbreak as an excuse for the current financial crisis. It has miserably failed in financial management,” he said.

Lallianchhunga, who is also the party media department chairman, said that chief minister Zoramthanga, who is the finance minister, has the prerogative power to re-appropriate annual budget to fight Covid-19, which could later be passed by the assembly as supplementary demand for grants.

He said that the austerity measures undertaken by the Congress government and declaration of year of consolidation for three years have considerably improved the financial condition of the state during the Congress rule.

He also slammed recruitment of over 800 teachers instead of rationalisation of existing teachers, upgrading PSUs, setting up 14 boards under Socio-Economic Development Policy (SEDP), offering laptops and costly mobile phones to important officers, among others.