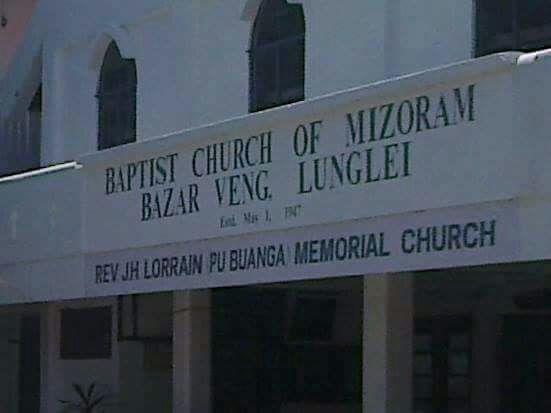 A local Church of Mizoram has announced cash incentives to the new born fourth babies onward to Mizo couples. Cash incentive will go up according to the number starting from the fourth. Thus the fourth born will get Rs 4,000, the fifth Rs 5,000 and so on.

In an effort to encourage the birth rate, the Baptist Church of Mizoram branch from Lunglei’s Bazar Veng has decided to bless new born babies with cash within their local church area.

The low birth rates among the dominant Mizo tribe of the state have become a matter of concern not only to the Mizo organizations but also the churches. The two larger churches of Mizoram – The Presbyterian Church and the Baptist Church of Mizoram have repeatedly appealed to its members to have more babies. Now the local Baptist Church has taken the appeal to the next level  by announcing cash incentives to the fourth new born of a family.

“There is no upper ceiling, the more babies are born, the more cash we will dole out,” the secretary said.

The Baptist Church of Mizoram, in another effort in this light has felicitated newlyweds with a cash of Rs 5000.

The church’s move has attracted mixed reactions from different social strata. While few advocated the church’s initiatives some has derided as a very irresponsible move on the church’s part.

“It is an extremely good initiative, the Mizo population is dwindling, Mizo couples certainly need to have more children,” Eunice Chawngthu, an activist, said.

However, critic of the church’s initiative Ruata Lungchuang said, “Mizoram doesn’t need a baby boom at this moment. We are already congested. Just because we live in India it might seemed as if we are still too sparsely populated, but actually we are not. 80 persons per square kilometers are actually quite dense compared to other regions of the world.”

As per statewide statistics the birthrate of Mizoram is higher than nation’s statistics and the third most in the Northeast, but the birthrate in the state’s urban areas where the dominant Mizo tribe settles is relatively low compared to the rural areas where ethnic minorities like Chakmas and Brus are residing.

Former chief minister of Mizoram Zoramthanga, during his ten years tenure had extended maternity benefits for the birth of up to fourth children against only for two in other states. He repeatedly said he was concerned about the small size of the state’s population.

According to Mizoram’s statistical handbook the aggregate population growth in this decade was 23.48% while in earlier decade it was 29.18%.