"C. Lalrosanga has betrayed the people of Mizoram by supporting the new law," say protestors

A group of youth under the banner of Zoram Revolution Movement (ZRM) on Friday staged a sit-in demonstration at Aizawl in protest against the newly enacted Citizenship (Amendment) Act, 2019.

The protest was held in front of the ruling Mizo National Front’s office at Mizo Hnam Run and Vanapa Hall in Aizawl.

The Citizenship Amendment Bill (CAB), 2019 has become an Act after President Ram Nath Kovind gave the assent to the bill.

The majority of the protesters were students drawn from various schools and colleges.

During the protest, at least 53 peaceful protesters were rounded up and detained by police following a clash with the workers of MNF.

They were released within an hour after being cautioned.

A leader of the youth group said they staged peaceful protest just to show solidarity with the rest of the country especially the people of Northeast.

He said they vehemently oppose the new law as it is “unconstitutional” and violates the basic principles of secularism enshrined in the constitution. 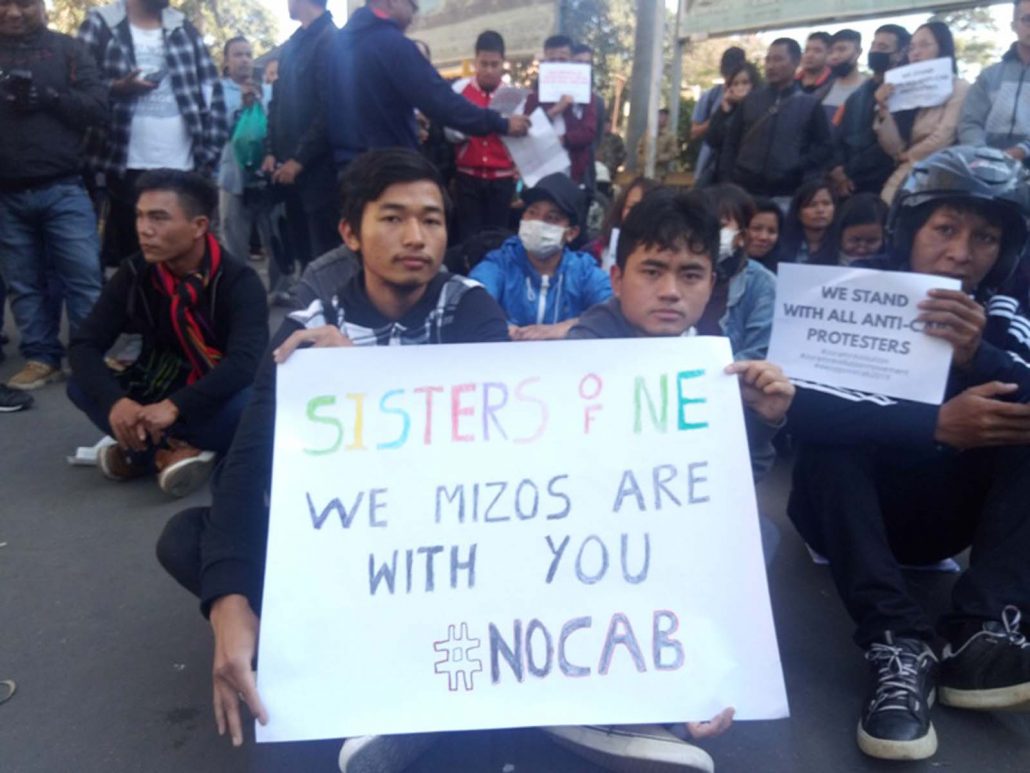 He said the exemption of Mizoram from the purview of the Act was not strategically enough to protect the state from illegal influx and assimilation by foreigners.

The leader also expressed apprehension that the indigenous Mizos would be marginalised if the new law is implemented in neighbouring Assam and other parts of the country.

“We are not fully satisfied with the exemption claim. What we do know is that the Act is harmful and we are strongly opposing it because it is unconstitutional,” he said.

The leader also accused C. Lalrosanga of betraying the people of Mizoram by supporting the new law.

He alleged that the lone MP from Mizoram had promised to oppose the amendment bill during the Assembly election campaign in April.

Meanwhile, the ruling MNF defended its MP saying he was doing what he ought to have done.