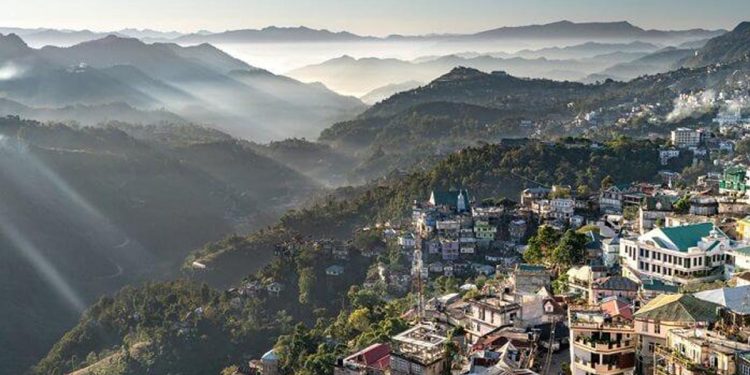 A view of Aizawl city

Bharat Electronics Limited (BEL) was allotted the Aizawl Smart City project by the Ministry of Urban and Housing Affairs.

Accordingly, it was allotted the work of installing the system integrator for implementation of integrated Command and Control Centre, ITMS and City surveillance system in Aizawl.

However, there are serious allegations against BEL, and the company has been alleged of poor performance in the Smart City Projects in other parts of the country.

To counter such allegation, BEL issued a release on July 6, which several stakeholders have termed to be misleading.

Moreover, BEL was also served with the notice of termination by BELAGAVI SMART CITY with charges of unreasonable delay in payment to the vendors of their dues, for not being able to deploy their ICCC platform and inability to integrate to be used either by administration and citizens.

Responding to it, BEL said, “These were delays due to lack of supporting infrastructure required for implementation.”

Sources informed that BEL was not nominated by Ministry of Housing and Urban Affairs.

“However, the reality is that in order to expedite the process, the MoHUA had advised the state government to check BEL as MSI but there was no such compulsory directive or directions for tucking in BEL,” sources added.

“Similar Smart City Project of Guwahati and Shillong though under the same scheme of the Government of India, had chosen not to sign the MoU and the contract and instead are heading for an open tender,” sources further said.,

“So, the statement declaring that BEL is nominated by MoHUA is not true and is made with a dubious intention to support the transgression of BEL,” sources further added.

The sources added that BEL has been charging a very high rate of profit margin despite being a Public Sector Unit.

“Their unit prices for items in Aizawl Smart City differs more than 50 per cent of profit/margin as compared to their own project of Belagavi Smart City,” sources added.

Astonishingly, the market rates suggest that the current capex can be delivered at INR Rs. 46,00,75,047.00 as compared to the price quoted by BEL.

It is clearly evident that BEL is cutting heavily and pocketing the money of People of Aizawl, which could have been substantially used for the development of the city and shall virtually secure the well being of the people of Aizawl.

“BEL is seemed to have stressed more on making a profit and the approach of the PSU towards a project, involving public interest is literally unethical,” sources further added.