Asia’s longest ropeway to come up in Mizoram 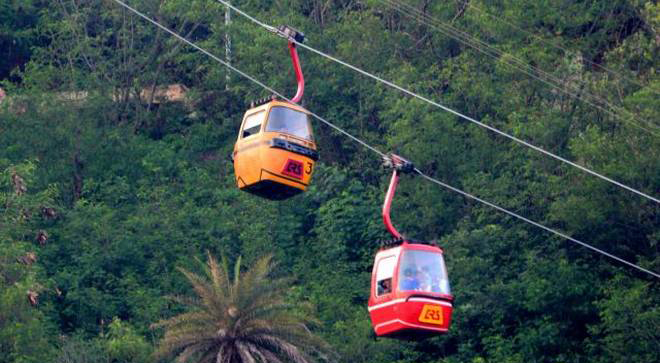 Mizoram Tourism Minister John Rotluangliana said that the state is attempting to construct the longest ropeway in Asia.

The Minister said the proposed ropeway will be constructed between Durtlang and Tourist Lodge at Chaltlang in Aizawl, which will be Asia’s longest. He said this while on a spot visit to the proposed ‘Ropeway Cable Car’ landing station at Durtlang on Friday.

The Government also plans to construct a skywalk in the land donated by Siphhir and Lungdai village councils at Sakawrhmuituai along Siphhir to Lungdai road which will be the first of its kind in India.

The Centre has sanctioned Rs 99 crore for the project and the State Government has already received the first and second installments.

“The ropeway and skywalk project will boost tourism in Mizoram” Rotluangliana said. He also added the State Government is taking measures for infrastructural development to attract tourists from India and abroad.

Ropeway and skywalk are a milestone project in Mizoram to boost tourism. A Delhi based Leading Edge Pvt Ltd has been hired to execute the construction of ropeway and skywalk, said the Minister.

Mizoram Tourism Director, Biakthanmawia, who accompanied the Minister informed that mountain biking, nature walk, restaurant and several commercial shops and parking lot will be constructed at the proposed site of skywalk, reported TNT.