76% of people above 45 years in Mizoram vaccinated against Covid19 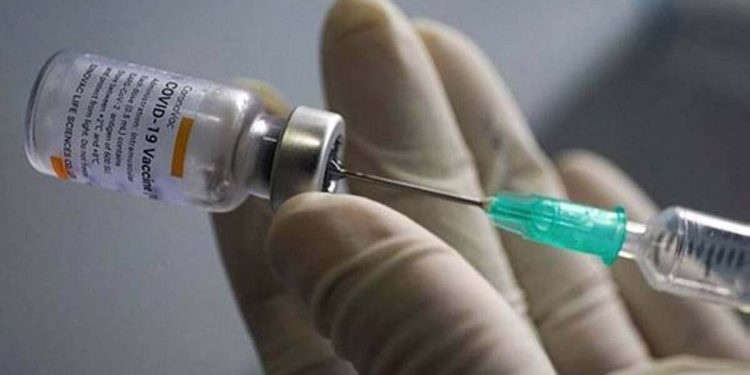 Seventy-six (76%) per cent of people in the age group of 45 years and above have been inoculated against Covid19 in Mizoram since January 16, an official said.

Dr. Eric Zomawia, mission director of National Health Mission (NHM) on Friday said the vaccination drive is being expedited across the state amid the second wave of Covid19 pandemic.

“As many as 76% of people in the age group of 45 years and above have been administered the first dose of Covishield vaccine till Thursday against the national average of 43%,” Dr. Zomawia said.

While the national average for vaccination to 18-44 years age group is 11%, Mizoram has already vaccinated 41% of this age group, he said.

The number of population for 45 years and above in the state is estimated to be over 2.64 lakh and that of 18-44 age group is about 5.10 lakh, according to Zomawia.

He said vaccines are given to the beneficiaries free of cost.

However, private facilities charged fees for vaccine based on the health ministry norms, he said.

Zomawia said the state now has enough stock of vaccine and 82,220 more doses are expected to arrive in the state by next week.

The official also said the state has not reported any severe adverse effects, though there was rumour of post-vaccination death, which is under investigation.

According to state immunisation officer Dr. Lalzawmi, more than 4.59 lakh people have been administered the first dose of vaccine till Thursday and out of this 53,960 have been fully vaccinated.

Over 2 lakh people of 18-44 age group were among 4.59 lakh beneficiaries, who have been vaccinated, she said.

Mizoram is currently grappling with the second wave of Covid19.

The government has currently imposed lockdown in Aizawl Municipal Corporation (AMC) area and certain Covid19 curbs in other parts of the state, which will remain in force till 4 am of June 30.

The Covid19 death toll in the state increased to 89 on Friday with the death of 54-year-old man at Zoram Medical College (ZMC) near Aizawl.

At least 153 people were discharged from various Covid19 Care facilities on Friday, which took the total recoveries to 14,469.