Dr Mithinga Daimary, a post graduate in Veterinary Science and a neighbour of NDFB chief Ranjan Daimary, has made it to the list of successful candidates in the APSC. 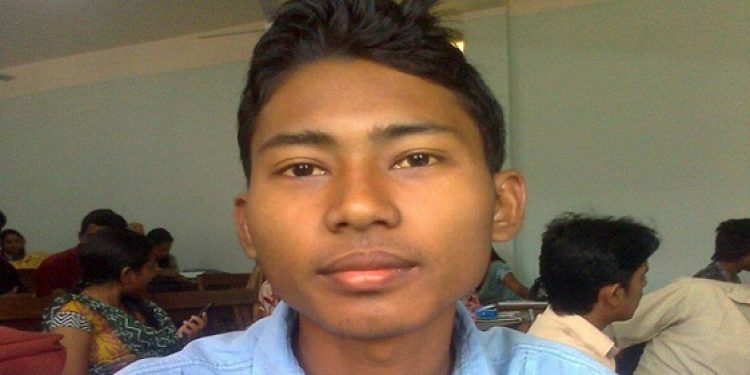 Dr Mithinga Daimary, a post graduate in Veterinary Science and a neighbour of NDFB chief Ranjan Daimary, has made it to the list of successful candidates of the recently declared Assam Civil Service Examination (ACS) conducted by Assam Public Service Commission (APSC).

Dr Daimary, born to a marginal farmer Niran Daimary and Renu Daimary in the highly insurgency dominated period of the early 90s, is an alumnus of the College of Veterinary Science, Khanapara in Guwahati in 2016. He secured 75% marks. He completed his MVSc from Indian Veterinary Research Institute (IVRI) at Bareilly, in UP with 78% of marks in the year 2018.

He is a research scholar in Antibiotic Resistance in College of Veterinary Science, Khanapara and also qualified for Block Veterinary Officer conducted by the APSC this year.

Dr Daimary earlier had completed his schooling from Diamond English School at Harisinga in first division in 2008 and completed his HSSLC Examination from Udalguri College.

Talking to Northeast Now regarding his goal of becoming a civil servant he said, “After seeing the felicitation function of an Assamese youth qualified for IAS in 2007, I was highly inspired to appear in the civil service examination. However it was the academic environment in IVRI followed by joining of some of my seniors in IAS and IPS which motivated me maximum to turn my dream into reality.”

It was some of his close family members who offered continuous financial support in pursuing his higher studies till qualifying for the State Civil Services.  Mithinga who had appeared in APSC examination without any coaching and cracked APSC in his very first attempt expressed his strong desire to crack the UPSC in near future.