Tourism and mining: will they ever meet in Meghalaya

Like every new government, the Meghalaya Democratic Alliance (MDA) also went gung-ho in its endeavour to promote tourism and create alternative livelihood opportunity for the people of the State.

Chief Minister Conrad Sangma himself had visited Delhi to urge the Central Government to support MDA in its endeavour to promote tourism in the State.

And the Chief Minister has also visited places like Shnongpdeng and seen with his own eyes how the crystal clear water of river Umngot had attracted people from near and far to the place.

But at the same time, this MDA government is equally enthusiastic about moving from pillar to post to convince the Central Government to come up with ways and means to lift the ban on extraction and transportation of coal from the State. 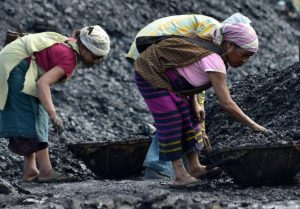 The question that the leaders of the MDA should ask themselves is; with regard to development of tourism in the State, what is the State’s USP?

Isn’t it true that tourists were attracted to our State because of the cascading waterfalls, the rolling green and blue hills, the crystal clear water, the forest, sacred groves and of course the exotic caves that we have.

In one word; people were attracted to our State because of the kind of nature that we have.

The point is take away nature and there is nothing left to see in Meghalaya.

The leaders of the MDA government have not learned from history either.

In several occasions this scribe had open discussion with Conrad Sangma, the incumbent Chief Minister of Meghalaya and highlighted the plight of the people who live in the villages downstream of the river Myntdu, Lukha and Kupli.

The government also know that the villages in the down streams of these rivers would have benefited from tourism if not for the fact that all these rivers are all dead now.

Recently there were news reports of unnatural death of fishes in some of the major rivers of West Khasi hills district of the State, and based on the press report it was clear that the way the aquatic lives died and even the timing; the unfortunate incident occurred, is all too familiar for the people who are acquainted with the issue.

In the past similar incidents have occurred in the major rivers in Jaintia hills where mass deaths of fishes were reported and the timing is crucial.

It always happened during the beginning of the year and when the first major rainfall hit the area in which rain water carried all the toxic material to the rivers.

This is the cause of the mass death of aquatic lives in the area, but the KSU in the region suspected other factors to be the causes behind the death of the fishes.

Of course one cannot conclude that the mass death of fishes in the West Khasi hills is due to coal mining where extraction of other mineral also happened, but one cannot also deny that the incidents are similar to what the people in Jaintia hills have experienced.

Of course the MDA government guaranteed that mining will be sustainable and protection of the environment will be the paramount duty of the government, but the point is we have seen what happened even when the NGT ban was in place.

Although the government would not like to admit it; there is rampant mining going on in the different mining areas of the State in spite of the ban.

Not only illegal mining happens unabatedly; but there were cases when police apprehended trucks which illegally transported coal from the State again during the same period.

There were also cases of transporters using fake challans to transport coal and it was reported that there are cases where same challan was used several times to transport many trucks of minerals.

Then claim that there are still huge amount of extracted coal lying in the coal belt area is also pure exaggeration. 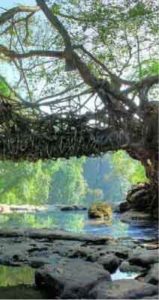 In such a situation where the law of the land is not respected, how can the government guarantee that the exploitation of minerals as well as protecting the environment will go hand in hand?

The question of implementing or enforcing the protection mechanism which the government hope to introduce is a challenge if not impossible in Meghalaya.

This is one area that the government had failed to set its priority right; the government should choose one over the other because it cannot have both at the same time.

It is either tourism or mining and not both at the same time; because the twain shall never meet.

The State Government is obviously in a big dilemma on this issue and no wonder people also called MDA; Meghalaya Dilemma Alliance or an alliance in dilemma.

HH Mohrmen is a freelance writer and environment activist based in Jowai, Meghalaya. He can be reached at:[email protected]