One Assam’s worker killed, 8 injured in miscreants’ attack in Meghalaya 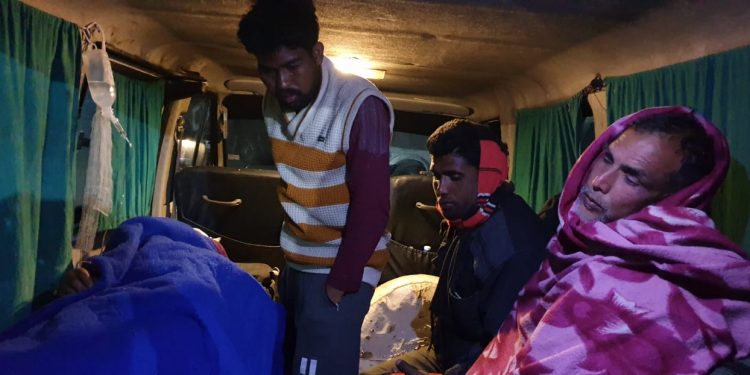 A migrant worker from Assam was killed while eight others were injured when a group of masked goons attacked them at Umoid village in Meghalaya’s South West Khasi Hills district late on Wednesday night, police said on Thursday.

South West Khasi Hills district SP Maxwell Syiem said that the incident took place at around 11:30 pm on Wednesday when a group of 20 masked men attacked the migrant workers.

He said the injured were rushed to Civil Hospital in Shillong and one of them succumbed to his injuries at the hospital.

The deceased was identified as Raju Mondal, 22, from Mankachar in Assam’s South Salmara district.

Syiem said an investigation is on to find out the persons behind the murderous act.

The migrant workers were hired by the authorities of St. Xavier School for the construction work of the girls’ hostel of the school.

St. Xavier School principal Paul Coelho said the workers obtained a work permit mandated by the Meghalaya government and every procedure was followed.

“Violence is not an acceptable solution to any problem and a threat to the life or wellbeing of an innocent worker is not a price that the authorities are willing to accept,” said Coelho.

He said that in the wake of the incident, the Education Council of the Jesuit Society for Northeast India has resolved that “all work in Umoid will indefinitely be kept on hold, including the running of classes”.

Meghalaya chief minister Conrad K Sangma said action will be taken against all those involved in the incident.

“Those responsible for this kind of acts, will not be spared,” Sangma said.