NPP for bringing DD Lapang to party fold, to approach him soon

"Are you trying to say we are fools by not approaching him? We have to." 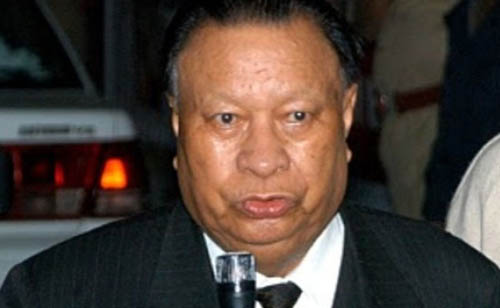 The ruling National People’s Party (NPP) in Meghalaya would soon approach former Congress leader Donwa Dethwelson Lapang to get him joined the party.

When asked whether the NPP would try to get Lapang to its fold, Deputy Chief Minister and NPP leader Prestone Tynsong hit back asking, “Why not? At his (Lapang) stature are you trying to say we are fools by not approaching him? We have to….but final decision is his, whether he would come to us or go to other parties. Ultimately the choice is his. Whether it is a set back or not you can ask the Congress. But a very senior most not only in Meghalaya but in the Northeast and one of the senior most leaders even in India from the Congress party, you can understand.”

He said Lapang’s resignation means that in the Congress there is something wrong somewhere, otherwise why Lapang had taken such an extreme step of resigning from the party.

Asked if Lapang’s exodus would affect the Congress, Tynsong said, “I have nothing to say about the Congress now. Whether they are losing or gaining from the resignation of Lapang I do not know. You can ask them.

Tynsong left the Congress on December 29 last year, and joined the NPP on January 4 this year, one month before the February 27-Assembly elections.

“But nothing happened. Now I am not with the Congress, and I can no longer advise them. I do not say that (if I regret or not coming out of the Congress), but my decision was in the interest of the people and the state. I am sure I have taken a very positive decision,” he said.

The NPP is now leading a six-party coalition Meghalaya Democratic Alliance (MDA) government with the support of BJP and other parties besides Independents.

Tynsong said that when he was in the Congress, so many times he went and met the AICC leaders asking them to take correct decision.