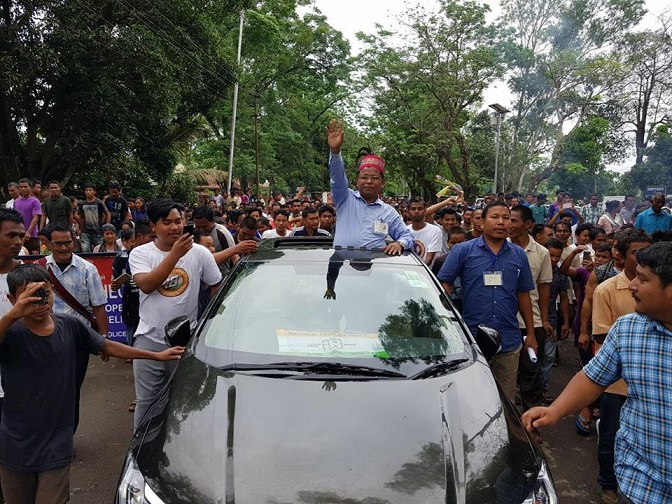 The NPP’s victory came as a blow to the Congress which was hoping of strengthening its position in the Assembly.

The win has further strengthened the position of the NPP which has now increased its strength from 19 to 20 members in the 60-member Assembly.

Polling of Williamnagar adjourned elections was held on April 27 last that recorded 78.82 per cent voters’ turn-out.

The election to Williamnagar was countermanded following the killing of Nationalist Congress Party (NCP) candidate Jonathone N Sangma on February 18 last just ahead of nine days of the scheduled polling on February 27 last.

Sangma along with two PSOs were gunned down by suspected rebels at around 7.50 pm on that day at Samanda when he was returning to Williamnagar in a Scorpio from Sobokgre area in Meghalaya’s East Garo Hills district after election campaign.

The militants first triggered an IED blast, and then opened fire on the Scorpio in which Sangma with two PSOs and two villagers were travelling.

The NCP had fielded his wife, Krenila Marak as the party candidate.