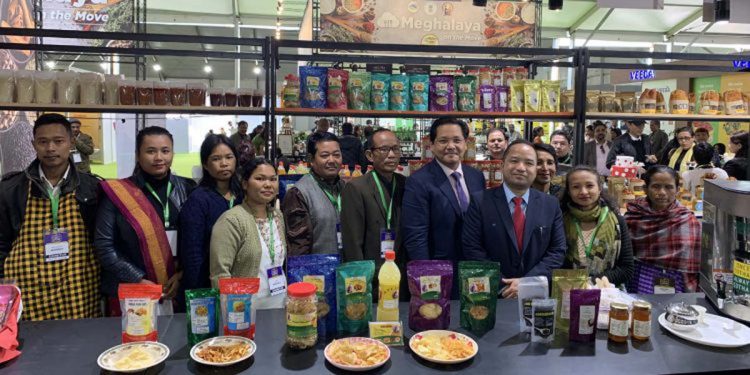 The North East Food Show 2019 reverberates yet again as the exhibition won a Silver Experiential Marketing Award for “Best B2B Programme of the Year” at WOW Awards Asia 2020.

The award ceremony took place on Friday on a digital platform or as the organisers called it, a ‘hybrid virtual’ platform for live events, which is a completely new trend owing to the pandemic situation.

WOW Awards Asia is the region’s largest and longest-running business and recognition platform for the event industry and since 2009, WOW Awards have been the epitome of cultivating and celebrating excellence in the creation of live events.

Participation is from all over the Asian subcontinent and encompasses a huge variety of categories and companies / government organisations from all over Asia and the Middle East.

As the only government entry to make it to the finals, it is a high honour indeed for the Government of Meghalaya and the Meghalaya Institute of Entrepreneurship (MIE) supported by the Directorate of Food Processing (DOFP), to be awarded on the same platform with the giants of the Exhibition and MICE industry.

“Awards are a great reaffirmation of the effort put in by our teams on product promotion and audience engagement,” said the director of Meghalaya Institute of Entrepreneurship (MIE).

With close to Rs 24 crore worth of food business having been generated over 3 days for participants, the North East Food Show 2019 is also, in itself, a record-setter of sorts.

This was the first and biggest food show of its kind and scale in the Northeast, totally designed and executed in-house, in which the government came together with local event organizers, solution providers, designers and entrepreneurs.

The event was joined by Indian Institute of Hotel Management Catering and Applied Nutrition (IHMCAN) as the hospitality partner.

The event was backed by a network and outreach of exhibition giants Inter Ads, Comexposium and SIAL India to ‘Inspire Food Business’ and it was a harbinger of opportunity, investment and good times for the State’s and the North East food processing industry.