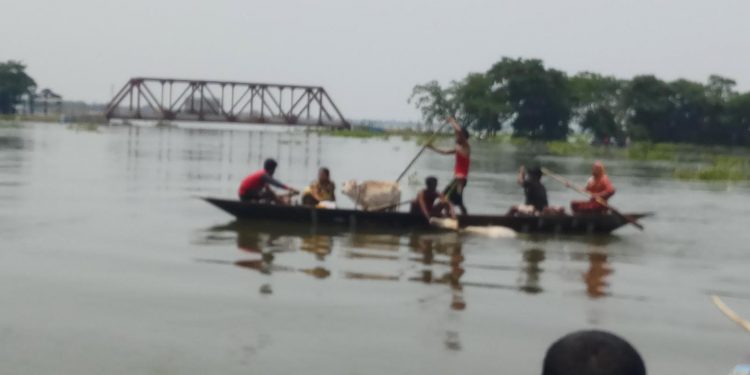 Many parts of West Garo Hills in Meghalaya have remained cut off after flood water damaged some vital bridges in the district.

The Tikrikilla area is facing a threat due to collapse of a bridge at Rangsagre.

A sub-way in Chibinang–Bangalkhata was washed away by overflowing water snapping the surface communication in the area. Several hectares of paddy field have also been submerged.

Several rivers in the district are flowing above the danger level.

Most of the villages along the NH-51 have been affected by the current wave of flood.

“The farmers here are incurring a huge loss due to flood as their standing crops have been damaged,” said a local.

West Garo hills deputy commissioner, Ram Singh said that an assessment was being done on the damages caused by the current wave of flood.

The affected residents have demanded adequate relief package for the flood victims in the areas.