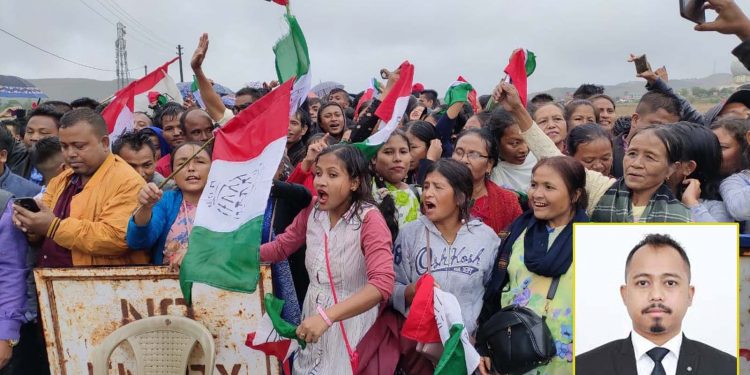 UDP retained the seat, which was held by former Meghalaya chief minister and Assembly speaker, late Donkupar Roy, for 31 years.

Synrem is the son of Donkupar who was the president of the UDP and MLA of Shella since 1988 before his death on July 28, 2019. 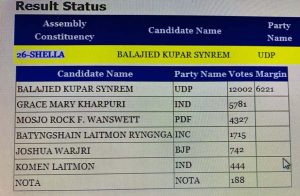 Roy also served as the leader of the Opposition in the Assembly.

Voting was held on October 21.

Synrem was leading right from the first round of counting of votes till completion of the sixth and final round.

After the 5th round of counting, the UDP candidate was leading by 5,424 votes.

After the final round, Synrem, who polled 12,002 votes, defeated independent candidate Grace Mary Kharpuri by a margin of 6,221 votes.

Kharpuri, who was denied Congress ticket, fought as an independent and came second by polling 5,781 votes.

There were 188 voters who pressed the NOTA.

The turnout of voters in the bypoll was 84.56 per cent.

With this win, the UDP has increased its strength to seven members in the 10th Meghalaya Assembly.