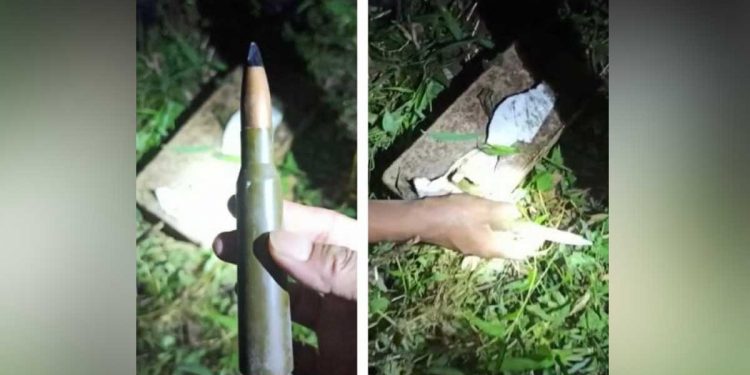 A huge cache of ammunition was recovered from the jungles of Chibokgre area by a police team of South Garo Hills district.

The police suspect that the ammunition was abandoned by a group of militants.

A communiqué issued by the Meghalaya police headquarters on Friday said that on the basis of inputs received from reliable sources, a police team of South Garo Hills district led by Sub-Divisional Police Officer Chokpot recovered the hidden cache of ammunition from

Chibokgre Aking area under Chokpot PS in the intervening night of August 26 and 27.

During the intensive search of the area, the communique said that one box containing 85 numbers of large-calibre ammunition was recovered from the jungles of Chibokgre area which was abandoned earlier by unknown militants suspected to be belonging to GNLA.