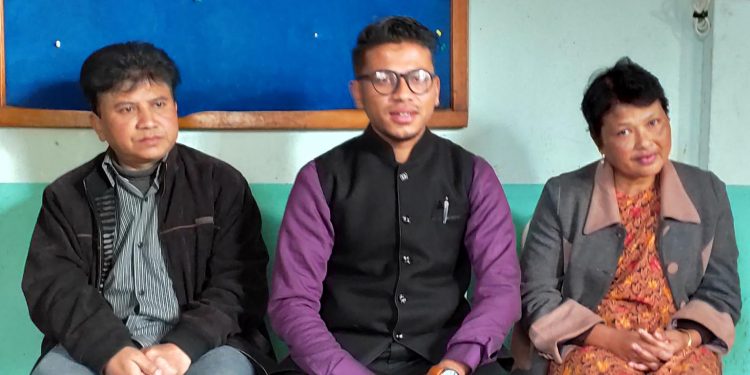 Gabriel T Mawlong, a talented and upcoming singer from Meghalaya, is all set to launch a Hindi music album.

“I cannot write or speak Hindi, but I know how to sing in Hindi,” Mawlong said while addressing the media in Shillong Friday.

“I will consult with experts in Hindi lyrics from Assam,” he added.

The 24-year-old singer has participated in numerous singing competitions, but on many occasions failed to qualify to the final stage.

Recently he participated in India’s Talent Fight competition but was eliminated in the semi-final which was held on January 11.

“I have many participated in various singing competitions and talent shows, but yet to win one,” Mawlong said.

“I have not lost hope or given up on my dream of becoming a singer. I want to continue pursuing my dream and soon I will come up with a music album in Hindi,” Mawlong reiterated.

Mawlong says he was inspired to sing Hindi songs after he witnessed local lad Amit Paul doing well and eventually becoming the runner-up of Indian Idol-3 in 2007.