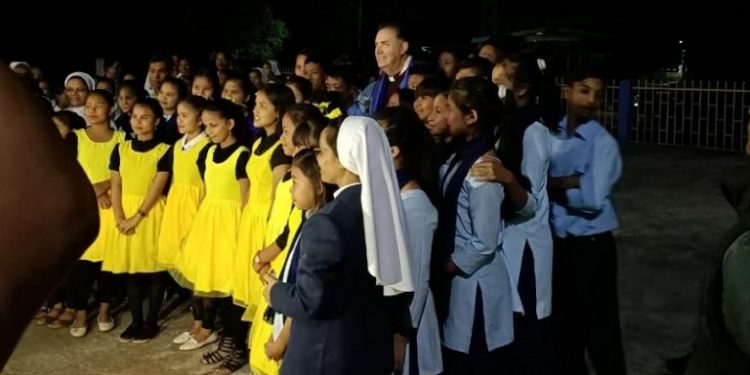 He was accompanied by his secretary, Fr. Horazzio SDB.

The Rector Major was welcomed by Fr Michael Makri, the Director of Don Bosco Media at Guwahati Airport, according to reports.

The rector major is in the city to meet the vonfreres, Salesian family members and specifically the youth.

A youth gathering will be held at St Anthony’s Higher Secondary School premises on Tuesday at 4 pm in which the rector major will interact with thousands of youth from across the State.

Fr Angel who was elected by the salesians general chapter 27 as the rector major of the Salesians on May 24, 2014, became the 10th successor of Don Bosco and the first Spaniard and third non-Italian to become rector major in Salesian history.

He was also the provincial superior of León, Spain, Southern Argentina.

He was preparing to take possession of Sevilla province when he was elected rector major.