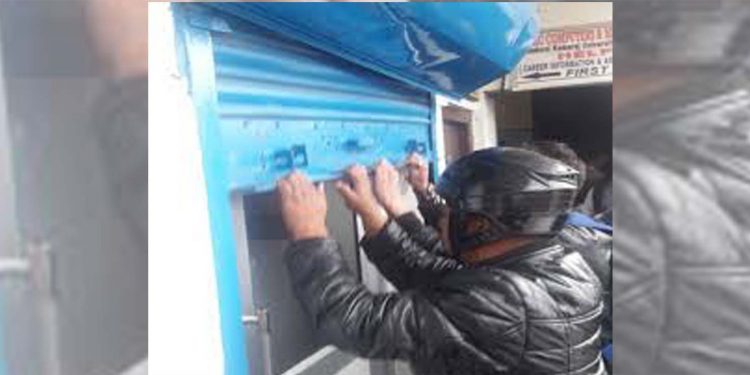 The KSU and HYC compelled the banks to down their shutters in East Khasi Hills on Thursday as the day was declared holiday due to Nongkrem Dance.

The Meghalaya government announced general holiday on Thursday (Nov 7) on account of the Nongkrem Dance Festival at Smit, the headquarters of Hima Khyrim in East Khasi Hills.

The Meghalaya government directed all the state government offices, magisterial courts and educational institutions to remain closed on the occasion.

Nongkrem Dance was declared a general holiday under the Negotiable Instruments (NI) Act by the General Administration Department of the Meghalaya government.

Nongkrem Dance Festival (held annually in November) is a five-day festival which is celebrated for the harvest thanksgiving by the Khasi tribe.

It is the most important festival of the Khyrim state.

According to reports, the banks in East Khasi Hills opened their offices in the district on Thursday in the morning as usual and started their normal business.

However, within a few hours, members of Khasi Students Union (KSU) and the Hynniewtrep Youth Council (HYC) in separate groups entered various branches of the banks and compelled the bank managements to close their shutters.

Without coming into any confrontation, the banks also reportedly stopped their operations with immediate effect.

The KSU and HYC urged the bank managements to give due respect to the traditional festival of the local people of the district.

It has been reported that the bank customers and the employees of the banks were not prepared for the sudden entry of the members of Khasi Students’ Union (KSU) and the Hynniewtrep Youth Council (HYC).

Some have also raised question over the banks’ security as the KSU and HYC in groups barged into the banks without prior information.

It may be mentioned that on April 9, 2018, the Khasi Students Union (KSU) activists shut down few banks in Shillong for working on the last day of Ka Shad Suk Mynsiem, a festival celebrated by the Khasi community every year.