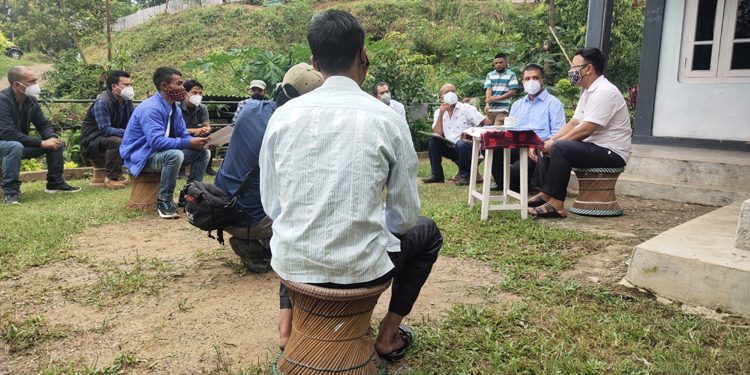 Minister James K Sangma during a meeting with village headmen.

“The project is a part of the larger initiative for the environment with a thrust on creating awareness on climate change and the need for a grassroots movement to mitigate the effects of climate change,” said Team James Sangma.

“Meghalaya is an eco-sensitive zone and one of the largest carbon sinks of India. Various United Nations reports tell us that in the coming days, climate change will adversely impact the environment, in turn affecting us. There is literally no time to waste and we have to act fast,” minister Sangma said. 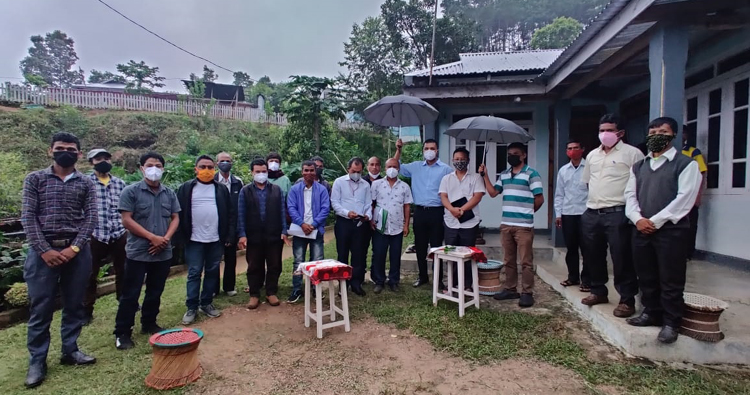 “Governance is only effective when people are a part of it. Meghalaya’s traditional community knowledge is sacred and rich. It promotes a lot of effective practices which need to be revived,” the minister said.

“The aim of this initiative is to take help from people to understand how they can become a part of the movement against climate change and help in protecting the environment,” Sangma highlighted.

Sangma suggested that a Joint Forest Management Committee (JFMC) may be constituted with the village administration of Mawlyndep to empower and entrust people to be the guardians of the community forest in close collaboration with the government.

Many headmen expressed concerns that there is a lack of information and transparency with regards to the initiatives and schemes of the forests & environment department and that some officers illegally charge for saplings whenever the villagers approach them for afforestation drives.

“This is a matter of concern and an obstacle for what we are trying to do. I will ensure that the strictest of actions is taken against such officers so that villagers can rightfully carry out their duties,” Sangma said.

“Meghalaya and its environment is a gift that we cannot take for granted. People here have worked through hundreds of years to conserve and carefully interact with nature. As a minister, it is my commitment to these villages to ensure that I provide funds to them for restoration and afforestation,” Sangma told the gathering.

Speaking of Meghalaya’s Rooftop Solar Scheme, minister Sangma sought the assistance of headmen to identify villages where rooftop solar panels can be installed for easy and sustainable generation of electricity.

Sangma added that he would ask the power department to look that PM Kisan Urja Suraksha evam Utthaan Mahabhiyan (KUSUM) scheme can be implemented in the area which would provide additional income to farmers by giving them the option to sell additional power to the grid through solar power projects set up on their barren lands.