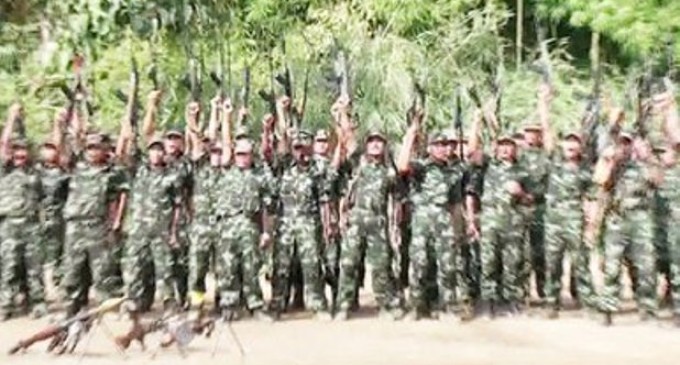 The Hill State People’s Democratic Party (HSPDP) has welcomed the peace talks offer of the banned Hynñiewtrep National Liberation Council (HNLC) and urged the government not to ignore the offer.

“The offer of the HNLC to come to negotiating table is a welcome step and we should not ignore. We want the central and state governments not to take it lightly,” HSPDP president KP Pangniang told reporters on Wednesday night.

HSPDP general secretary and MLA Renikton Lyngdoh Tongkhar said as peace loving citizens, “we should welcome and respect the desire of the organisation to come and talk with the government as we want the state to remain peaceful”.

Also read: HNLC ready for talks to gain respect and recognition as a “Nation”

The HSPDP president also reiterated that the stand of his party is to exempt the Citizenship Amendment Bill (CAB) from the state of Meghalaya.

“We want this consultative committee to be constituted again by the state government so that we can include in it the three ADCs, Hima/ELaka having territorial jurisdiction over areas which are under dispute, besides various NGOs,” said Pangniang.

“By having this committee we can further suggest ways and means and follow up the issue so that solution can be found out,” he said.

He also said few years back, Meghalaya submitted documents to Assam on the 12 areas of difference but Assam has not responded till date.

“Therefore, we from the state need to reconstitute this consultative committee,” he said.

Meanwhile, Renikton said during the meeting with union home minister in New Delhi on November 30, the party while discussing about the CAB also got an opportunity to raise their concern and submitted a letter in connection with the matter related to the proposed amendment of the Sixth Schedule.

Section (b) of the paragraph states: “The President may issue a notification by which any act of Parliament will not apply to an autonomous district or an autonomous region in Meghalaya or any part thereof and any such direction may have retrospective effect.”

Renikton said in Assam, para 12 b of the Sixth schedule empowers the governor to exempt the application of central laws in scheduled areas.

“If the governor of Assam has such powers, the governor in Meghalaya also can have similar power by inserting the word governor in the place of President in para 12 A (b)” he said.

The HSPDP legislator informed that his party has also sent a letter to all political parties and three MPs of the state seeking their support on the proposal to amend para 12 A (b).