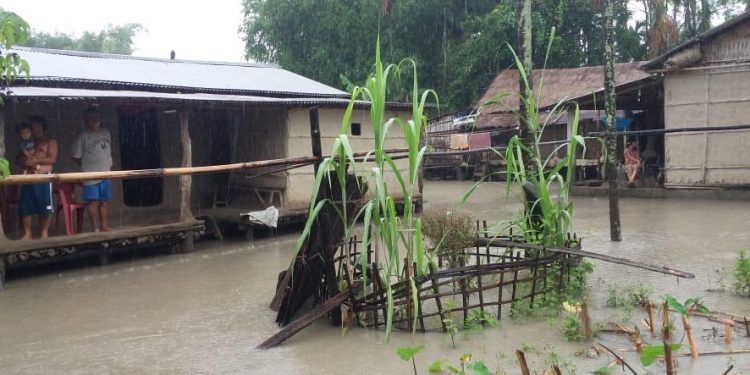 Heavy rains during the past several days have submerged many low-lying areas in Tura in Meghalaya’s West Garo Hills district.

According to a report, the surging waters of the rivers have damaged several hectares of standing crops.

In Garo Hills, the overflowing water of the Jinjiram River inundated several low-lying areas causing severe hardship for the people.

“The Naga embankment is under severe threat from the rising water. If the embankment is breached, then it will create a serious problem for the entire Phulbari area,” SR Sangma, a local resident.

“We are keeping a close watch on the situation. The district officials have been geared up to combat the situation,” said deputy commissioner WGH, Ram Singh.

The administration also asked the people to stay indoors as overflowing water washed away a portion of Selsella – Garobadha road.