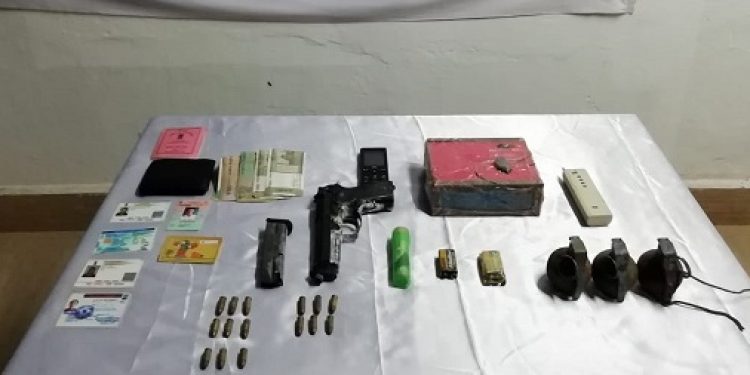 Local residents at Chibinang-Nalbari area under Tikrikilla police station in Meghalaya’s West Garo Hills district caught a group of dacoits and handed them over to police.

The locals, along with members of a local NGO, Anti Corruption and Human Development Organisation (ACDHO), also assisted the police in recovering arms and ammunition hidden by them in a pond.

The gang had been active in the Gaptuli Reserve Forest and used to target vehicles coming to and from Phulbari and Tikrikilla.

Earlier, some members of the same gang were arrested at the same place, and arms and ammunition were also seized from them.

Locals said two members of the gang were spotted at Nalbari by some villagers, who immediately informed ACHDO.

The villagers along with the NGO members, nabbed the duo at 10.30 pm on Sunday and informed the police.

“The NGO was aware that they are members of the infamous ‘Gaptuli dacoity’ gang. We are thankful to the NGO members as well as vigilant villagers who not only helped in apprehending the two dacoits but also assisted in recovering the arms,” West Garo Hills SP MGR Kumar told Assam Tribune.

He said the interrogation of the duo led to the arrest of another member of the gang.

Kumar added that four members of the gang, who were arrested earlier, are currently in jail.

He said that further investigation is on to arrest the remaining members of the gang.