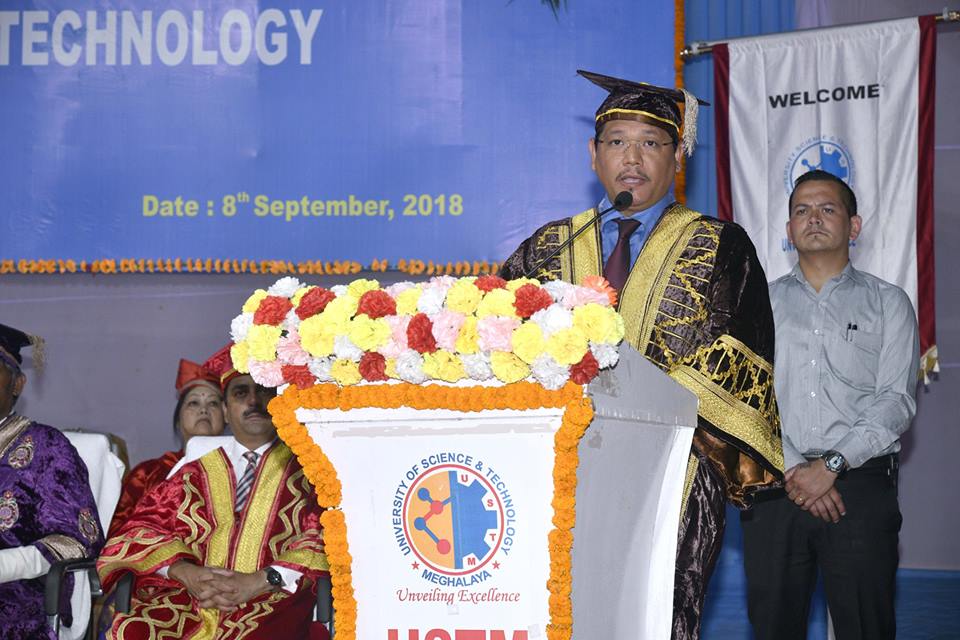 Meghalaya Chief Minister Conrad K Sangma on Saturday reiterated the need for connectivity with Chittagong port in Bangladesh and other border areas to pave way for an economic boom in the State as well as entire Northeast.

Addressing the fourth convocation of the University of Science and Technology (USTM) at Baridua in Ri-Bhoi district of Meghalaya on Saturday Conrad asserted that he has always been advocating the linking of Chittagong port directly from Guwahati via Shillong, Dawki and Sylhet, which would be hardly 700 km compared to 1500 km going down to Kolkata.

Conrad also said that connecting Mahendraganj which is located on the tip of Meghalaya to Hili in West Bengal (100 km away) also saves more than 700 km and opens up three to four corridors.

Referring to the Centre’s Act East policy, Conrad said there is a immense potential of the Northeast is yet to be tamed fully.

He further said that the creation of policies and infrastructure coupled with networking could usher in more opportunities.

Conrad also urged researchers and policy makers to focus on the potentials of the State such as the availability of natural fibre and bamboo, which are imported in huge amounts from other countries.