Thousands attended the funeral service at Tura and paid their last respects to the late leader. 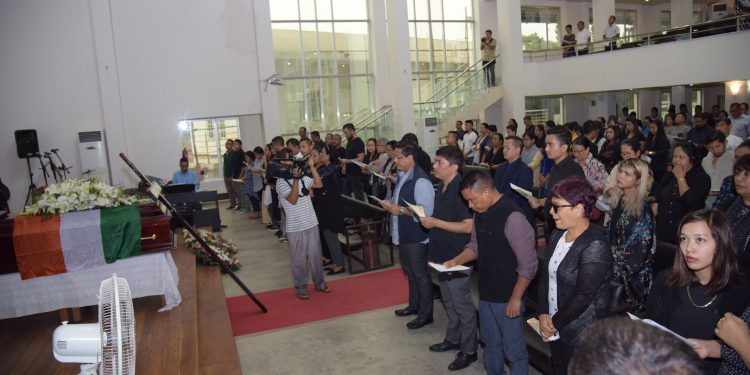 Chief Minister Conrad K Sangma and others at the funeral service at Tura on Thursday. Image: Northeast Now

Congress MLA from Selsella constituency and former minister Clement Marak was laid to rest in Tura on Thursday.

Thousands attended the funeral service at Tura and paid their last respects to the late leader. Marak passed away at a private hospital in Delhi on October 8, following prolonged illness.

Marak, the third time MLA from Selsella constituency, was also the Minister in-charge, Power, Food and Civil Supplies besides other departments when Dr Mukul was the Chief Minister of the Congress-led MUA government.

Marak was elected for the first time as member of the Meghalaya Assembly from Selsella constituency in the bye election held in February, 2005.

Marak , however, lost the Assembly polls in 2008 from the constituency to Conrad K. Sangma (who was not the chief minister that time).

But in the 2013 Assembly polls, Marak defeated Conrad, who was the Leader of Opposition that time.

Marak was again elected on Congress ticket from Selsella constituency as member of the 10th Meghalaya Assembly in the February-27 Assembly polls this year.

The demise of Marak has further reduced the number of Congress MLAs in the 60-member Assembly from 20 to 19.